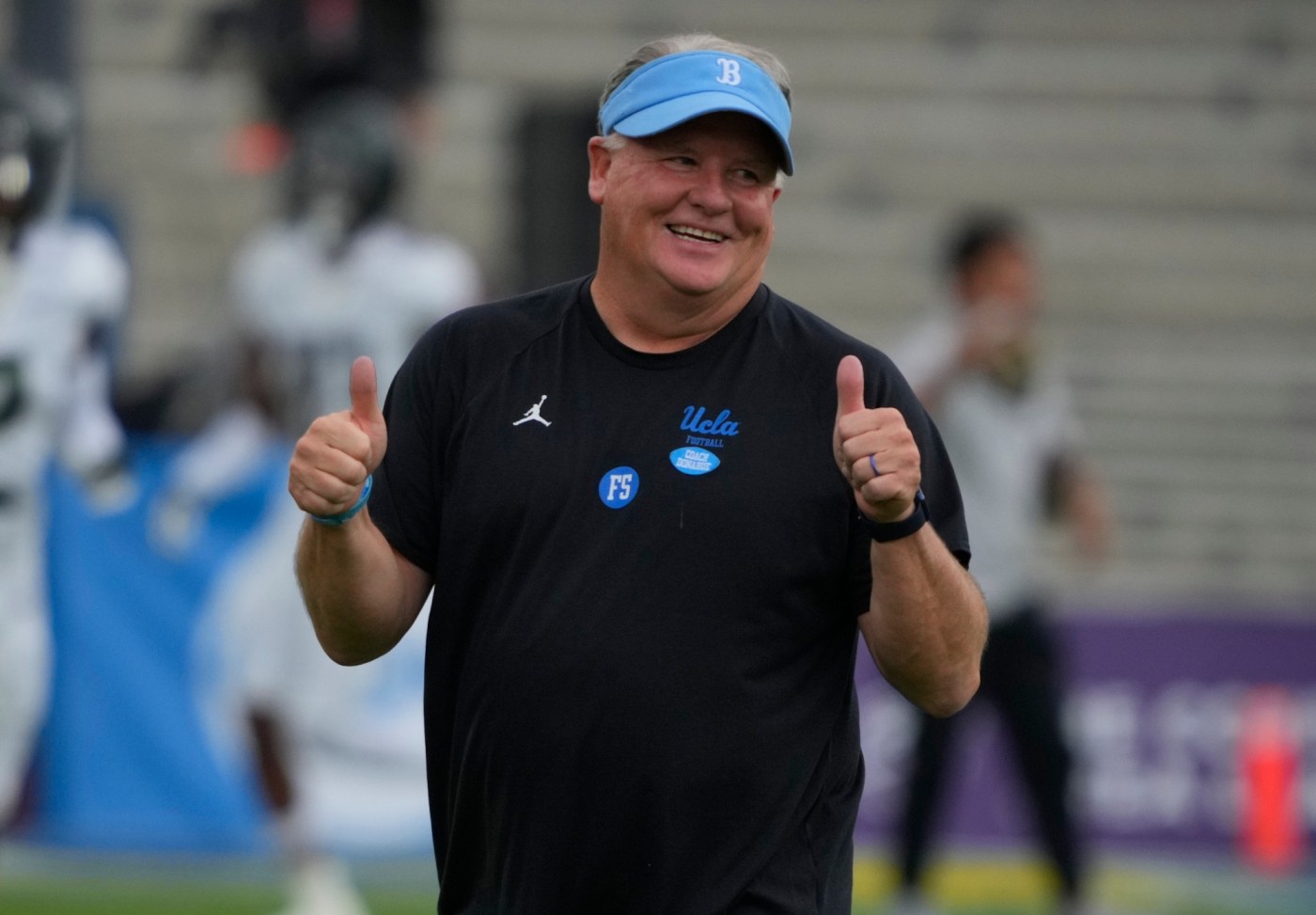 Kelly was set to begin the final year of his original five-year contract with the university on Sunday.

“We are extremely appreciative of the entire UCLA administration for their support of our football program,” Kelly said in a press release. “We have a tremendous amount of gratitude for our players and staff.  Their tireless work, and commitment to our vision has built a great foundation. We are excited to continue to build this program into something that makes the UCLA fanbase proud.”

The extension comes days after two of Kelly’s coordinators had officially departed the program to take jobs with other different universities, and another coordinator had reportedly resigned from his position.

All three coordinators had been with the program since Kelly’s arrival to Westwood in 2018.

In 2021, Kelly led the Bruins to their first winning season (8-4 overall, 6-3 Pac-12) during his tenure. UCLA became bowl eligible for the first time under Kelly but was forced to back out of the Holiday Bowl, just hours before kickoff, due to COVID-19 protocols.

The program had a promising start to the season that featured a win over LSU but stumbled out of the AP Top 25 Poll and began to lean toward another .500 season in October.

The Bruins went 3-0 in the month of November, which appeared to be enough to keep Kelly in Westwood and avoid the coaching carousel chaos.

Kelly was asked on several occasions about the status of his contract status but never wanted to address his contract publicly.

The Chicago Bears interviewed Matt Eberflus for their coaching vacancy. Here’s what to know about the Indianapolis Colts defensive coordinator.

If the university wanted to go in a different direction, Kelly would’ve been owed a $9 million buyout.

The athletics department reported a $18.9 million deficit for the 2019 fiscal year, according to information obtained by Jon Wilner of The Mercury News. UCLA could’ve avoided …read more