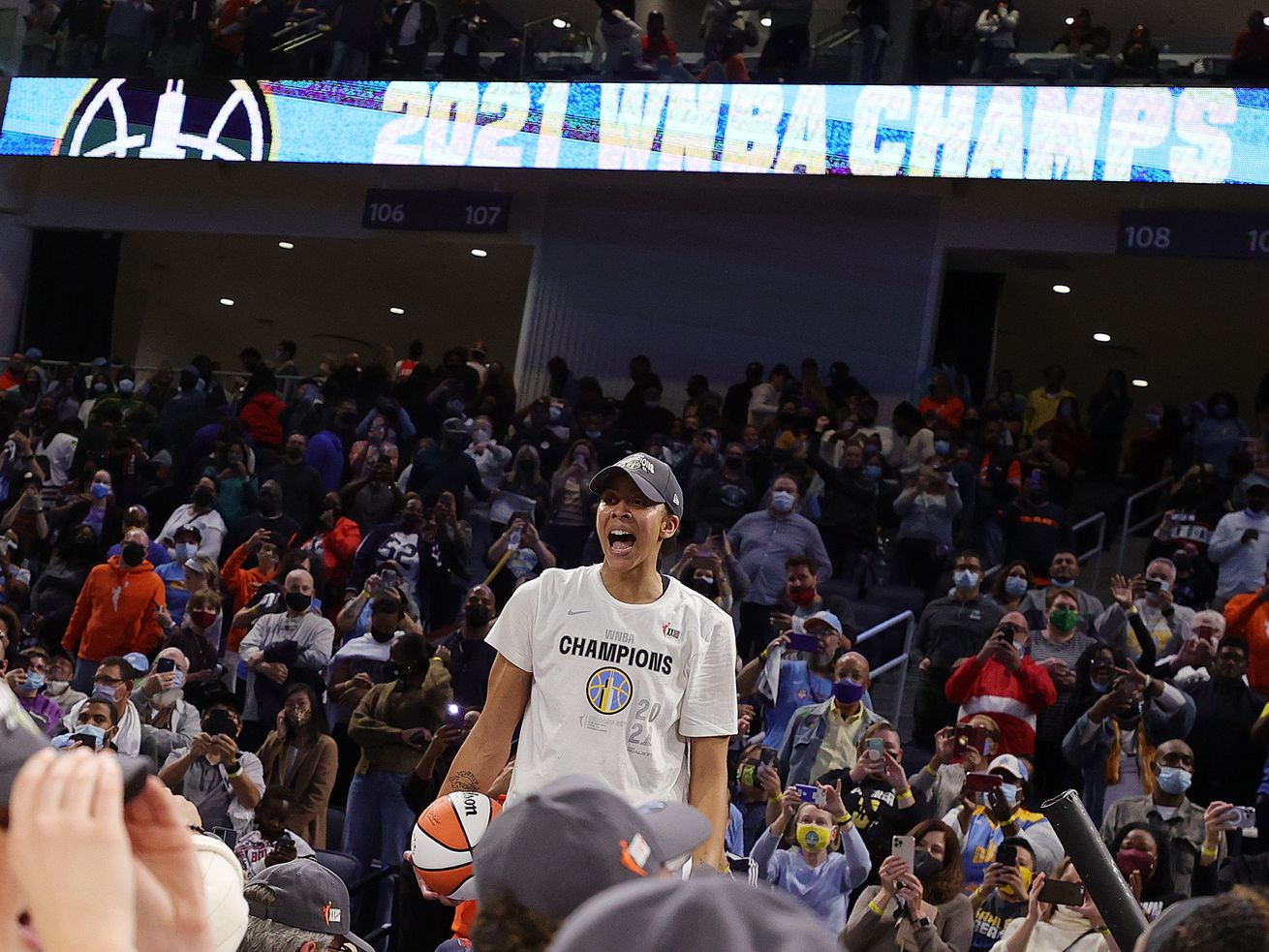 CHICAGO, ILLINOIS – OCTOBER 17: Candace Parker #3 of the Chicago Sky celebrates after defeating the Phoenix Mercury 80-74 in Game Four of the WNBA Finals to win the championship at Wintrust Arena on October 17, 2021 in Chicago, Illinois. NOTE TO USER: User expressly acknowledges and agrees that, by downloading and or using this photograph, User is consenting to the terms and conditions of the Getty Images License Agreement. (Photo by Stacy Revere/Getty Images) ORG XMIT: 775722373 | Stacy Revere, Getty

The WNBA’s 25th season was marked by celebrations, the launch of the Commissioner’s Cup and ‘‘The W25,’’ a collection of 25 of the greatest and most influential players in the league’s history.

Fans voted Diana Taurasi as the GOAT, and that honor was announced before Game 1 of the WNBA Finals, which featured the fifth and sixth seed playing each other for the first time under that playoff format. It all culminated with Candace Parker leading the Sky to their first WNBA title five years after winning her first with the Los Angeles Sparks during the league’s 20th season.

How does the WNBA not only follow that but also capitalize on the attention and excitement generated from year 25?

An excellent place to start would be with the merchandise.

On Dick’s website, there are two jerseys — Diamond DeShields and Courtney Vandersloot — available for purchase in youth sizes. In adult sizes, DeShields’ jersey is the only one available. When Kahleah …read more

Tunisian Revolution 11 years on: What happened in uprising – and what’s happening now?