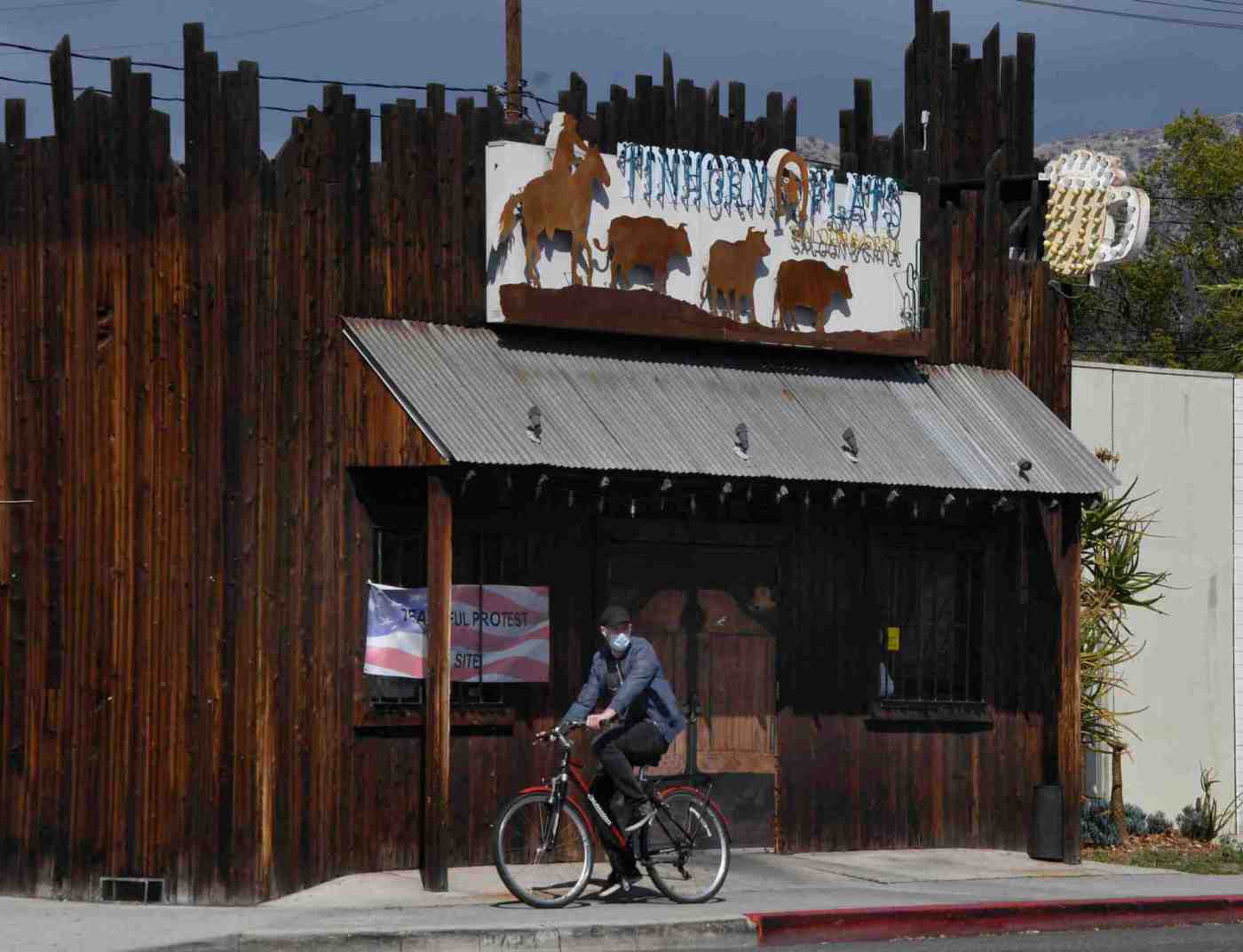 LOS ANGELES — A judge on Wednesday took under submission a motion by the city of Burbank to dismiss litigation filed by the former owner of Tinhorn Flats Saloon & Grill and his children against the city, who allege in a countersuit that the city’s shutdown of the former eatery in 2021 during the height of the coronavirus pandemic deprived them of various constitutional rights.

Los Angeles Superior Court Judge Armen Tamzarian had issued a tentative ruling giving the defendants time to file an amended complaint, but instead decided to ponder the case further before handing down a final decision.

In his tentative ruling, Tamzarian said he understood the city’s concern at the time about the possible spread of the coronavirus through outdoor dining, which the restaurant to offer in defiance of public health orders. The restaurant’s lawyers maintain the city’s subsequent shutdown order was “arbitrary and capricious.”

“There is a rational basis for the city to enforce state and county orders prohibiting outdoor dining: to protect the public from contagious disease by minimizing close contact between people,” Tamzarian wrote.

“Eating at a restaurant results in close contact between people, including unrelated people who otherwise would not encounter one another. It is rational that doing so increases transmission of the virus, while prohibiting that reduces transmission.”

Despite multiple court orders prohibiting Tinhorn’s operations, Barfly and its agents “continued to openly defy both local and the court’s authority and open its restaurant for business,” attorneys for the Burbank City Attorney’s Office stated in their court papers.

Former Tinhorn Flats owner Baret Lepejian, along with his operating company, Barfly Inc., and children, Lucas and Talya Lepejian, filed the current countersuit against the city Oct. 12, seeking damages and alleging among other things that there has been an illegal taking of the business, that it was subjected to excessive …read more

At the Table with Laura Washington & Lynn Sweet