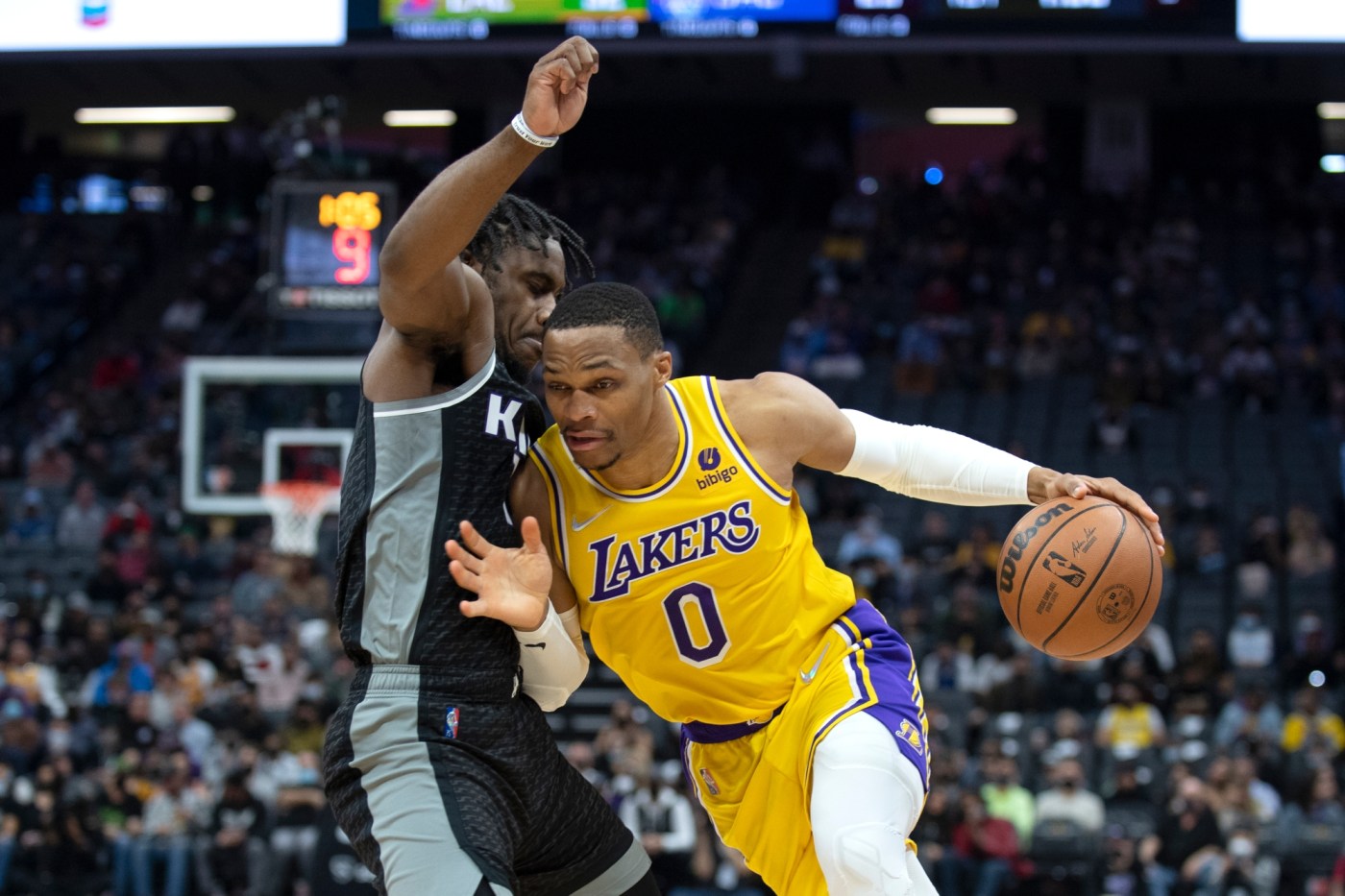 After weeks of build-up, the Lakers’ opponents aren’t just saying the quiet part out loud – they’re blaring it from the rafters.

When Russell Westbrook missed a shot on Wednesday night at the Golden 1 Center, the Sacramento Kings’ game operations staff was quick to pounce: They played a clip of Foreigner’s “Cold As Ice” to mock him. And throughout the night, Westbrook gave them plenty of reason to replay the clip.

Westbrook wasn’t the only Laker who struggled in a 125-116 loss to the Kings, but he had a look at the last meaningful shot of the game – an open look at the 3-point line – and missed it with 1:07 left with the margin at four points. It was the last of his 12 missed shots, an undeniable low point for Westbrook, whose shooting has been subpar for weeks.

There was plenty of blame to go around, however, as the Lakers (21-21) sunk back to .500: Their defense couldn’t contain the Kings’ breakneck attack and allowed them into the paint. Sacramento shot better than 55% overall, led by De’Aaron Fox’s 29 points, and the Kings scored a staggering 70 points in the paint.

“Our defense let us down for the second game in a row,” Coach Frank Vogel said.

Even LeBron James, who led the scoring effort with 34 points, had his issues on offense: He was just 13 for 29 from the field, including a 3-for-12 mark from 3-point range. The Lakers’ best individual bright spots were Malik Monk, who made six 3-pointers on his way to 22 points, and Austin Reaves who had a career-best 19 points.

All three were a factor as the Lakers whittled a late deficit from 13 points to two with just 1:36 left. Reaves hit a pull-up, then the Lakers did something they weren’t able to …read more

Whicker: Rams get their energy from a Kupp that’s never full

Tesla has pushed back initial production of its Cybertruck to early 2023 — 2 years later than Elon Musk first predicted, a report says