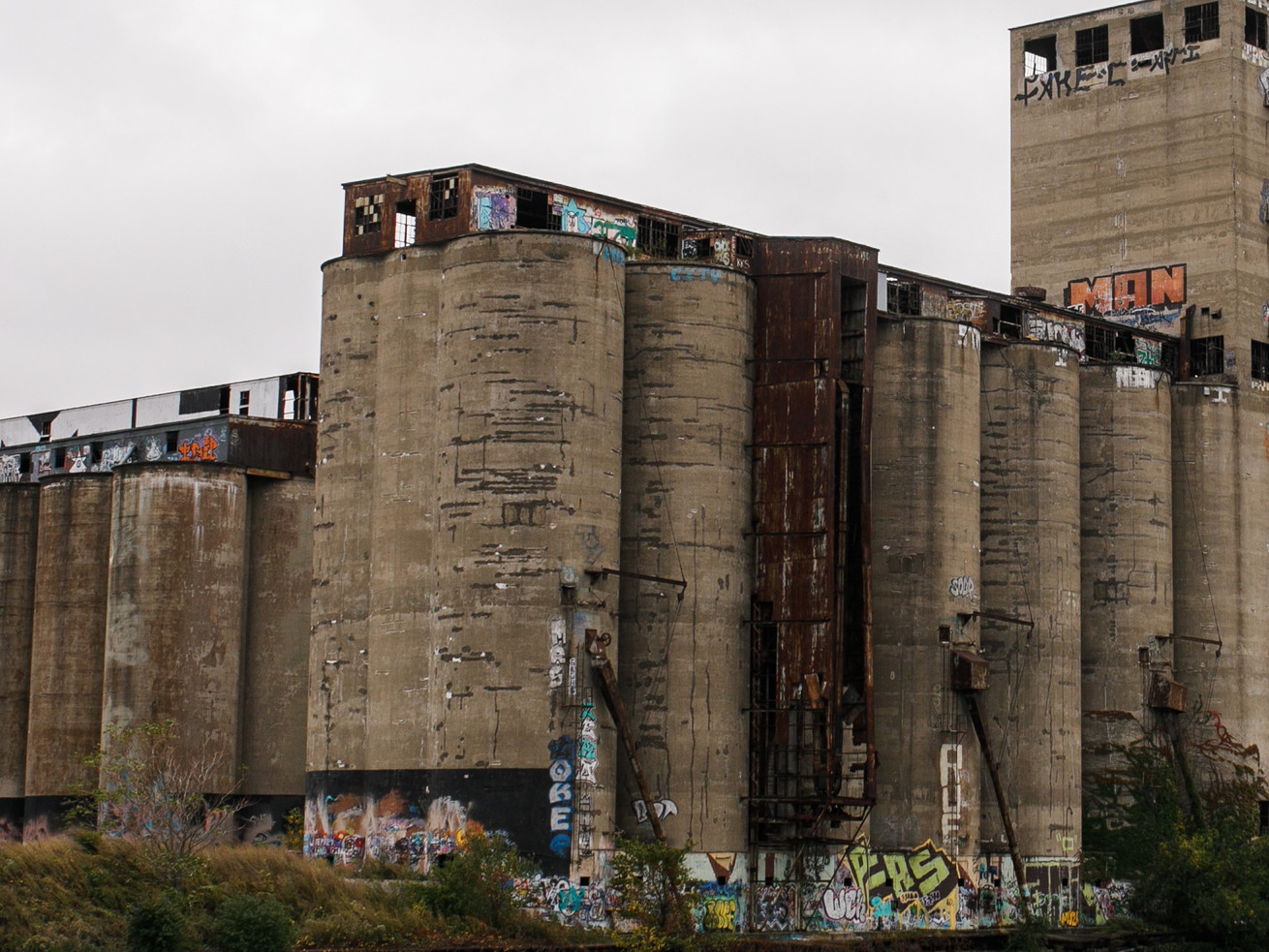 The long-abandoned Damen Silos on the south branch of the Chicago River near Damen Avenue. | Mark Capapas / Sun-Times

Located along the Chicago River near Damen Avenue, the hulking structures dare and draw graffiti writers to their towers and snaking caverns below. The long-time owner of the site — state government — has been trying for decades to sell it for redevelopment.

The towering, old grain silos near 29th Street and Damen Avenue, on the banks of the Chicago River’s south branch, date to Chicago’s heyday as a hub of manufacturing and food distribution.

While they haven’t been functional for decades, the dormant, weathered structures have long been a draw for graffiti artists and taggers who’ve turned the 24-acre site into something of an industrial canvas.

That includes the silos themselves, adjoining structures that are as tall as 15 floors and a series of cavernous tunnels snaking below.

Not exactly the safest place to roam — and not a legal place to visit, either, as the “No Trespassing” signs inform.

Mark Capapas / Sun-Times
A close-up of the high point of the silo complex near 29th Street and Damen Avenue.

Mark Capapas / Sun-Times
The old grain silos are dormant — except for activity from graffiti artists and “urban explorers.”

Nevertheless it remains a popular spot for street artists to ply their colorful trade, whether considered art or an eyesore.

Alexander: USC getting Lincoln Riley is a statement hire