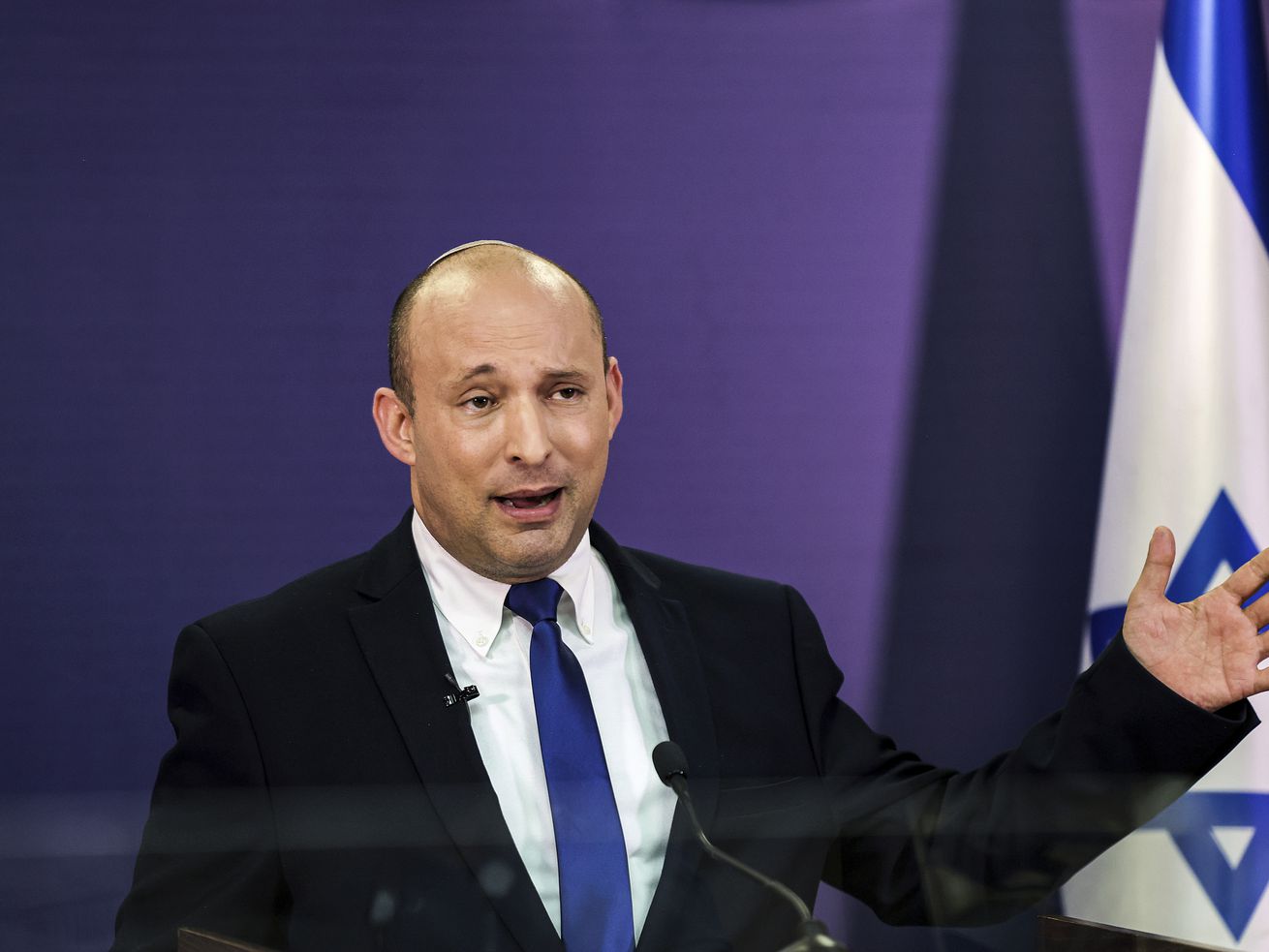 Naftali Bennett, speaking at the Knesset, will lead Israel’s new government, being sworn in on Sunday. | Menahem Kahana / AP

The fragile new coalition that takes over Sunday is bound largely by its agreement that outgoing Prime Minister Benjamin Netanyahu had to go.

JERUSALEM — Israel will swear in a new coalition government on Sunday, led by ultranationalist Naftali Bennett, ending Prime Minister Benjamin Netanyahu’s record 12-year rule — and a political crisis that inflicted four elections on the country in under two years.

The coalition consists of eight parties from across Israel’s political spectrum. It includes a small Arab party that made history by joining a government for the first time.

If even one party bolts, the government would be at serious risk of collapse, and Netanyahu, who intends to stay on as opposition leader, is waiting in the wings.

Here’s a look at what to expect:

The coalition holds only a slight majority in the 120-member Knesset — Israel’s parliament — and includes parties from the right, left and center.

But about the only things they agree on are that Netanyahu, who is on trial for corruption, should leave office and that the country cannot endure another back-to-back election.

They are expected to adopt a modest political agenda acceptable to Israelis from across the ideological divide. Their first big challenge will be to agree on a budget, the first since 2019. Economic reforms and infrastructure spending could follow.

Bennett will serve as prime minister for the first two years, followed by the centrist Yair Lapid, a former journalist who was the key force behind the coalition. But that’s only if the government survives that long.

Bennett is a religious ultranationalist who supports settlement expansion and opposes a Palestinian state. But he risks losing his job if he …read more

Prince William ‘thinking about Christian Eriksen’ after he collapses on pitch