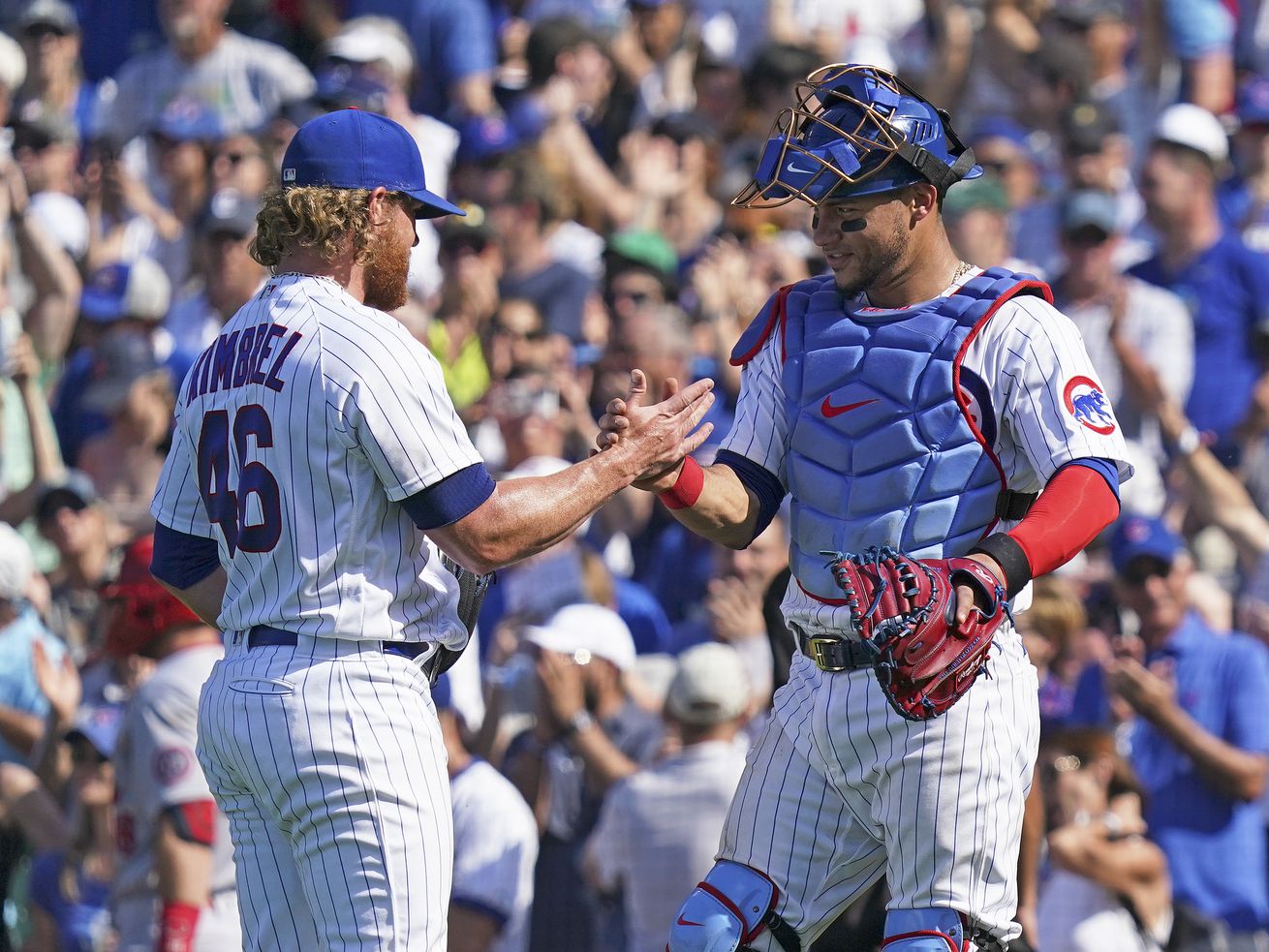 Craig Kimbrel and Willson Contreras congratulate each other after the Cubs’ 8-5 victory. | Photo by Nuccio DiNuzzo/Getty Images

There was only one place for the Cubs and Cardinals to be.

How much do they really understand America’s pastime in jolly England, anyway?

Enough to grasp how odd it is to see the Cardinals’ Yadier Molina, one of the great catchers of his era, have a run-scoring passed ball and a run-scoring throwing error in the same half-inning?

Enough to appreciate the size and spectacle of Cubs slugger Anthony Rizzo dragging reliever Daniel Ponce de Leon through a 14-pitch at-bat and finally — still choked up on the handle, as is his two-strike custom — launching a game-tying home run into a sea of delirium in the bleachers?

Enough to love every moment of it all on a magical day like Friday?

From the press box at Wrigley Field, I found myself looking out at all the delighted, sun-kissed fans in blue or red — “100% capacity!” actor Bill Murray hollered during the seventh-inning stretch, though it wasn’t quite that — and thinking about where the Cubs and Cardinals were supposed to be this time last year.

Indeed: London. If not for the pandemic (admittedly, a hollower phrase than that couldn’t be found), baseball’s best rivalry would’ve been staged June 13 and 14, 2020 at London Stadium. We’re sure it’s a nice place.

Tucker Carlson baselessly claims ‘FBI operatives were organizing the attack on the Capitol,’ his latest whitewashing of Jan. 6

Who was Daniel Morgan and what happened to him?