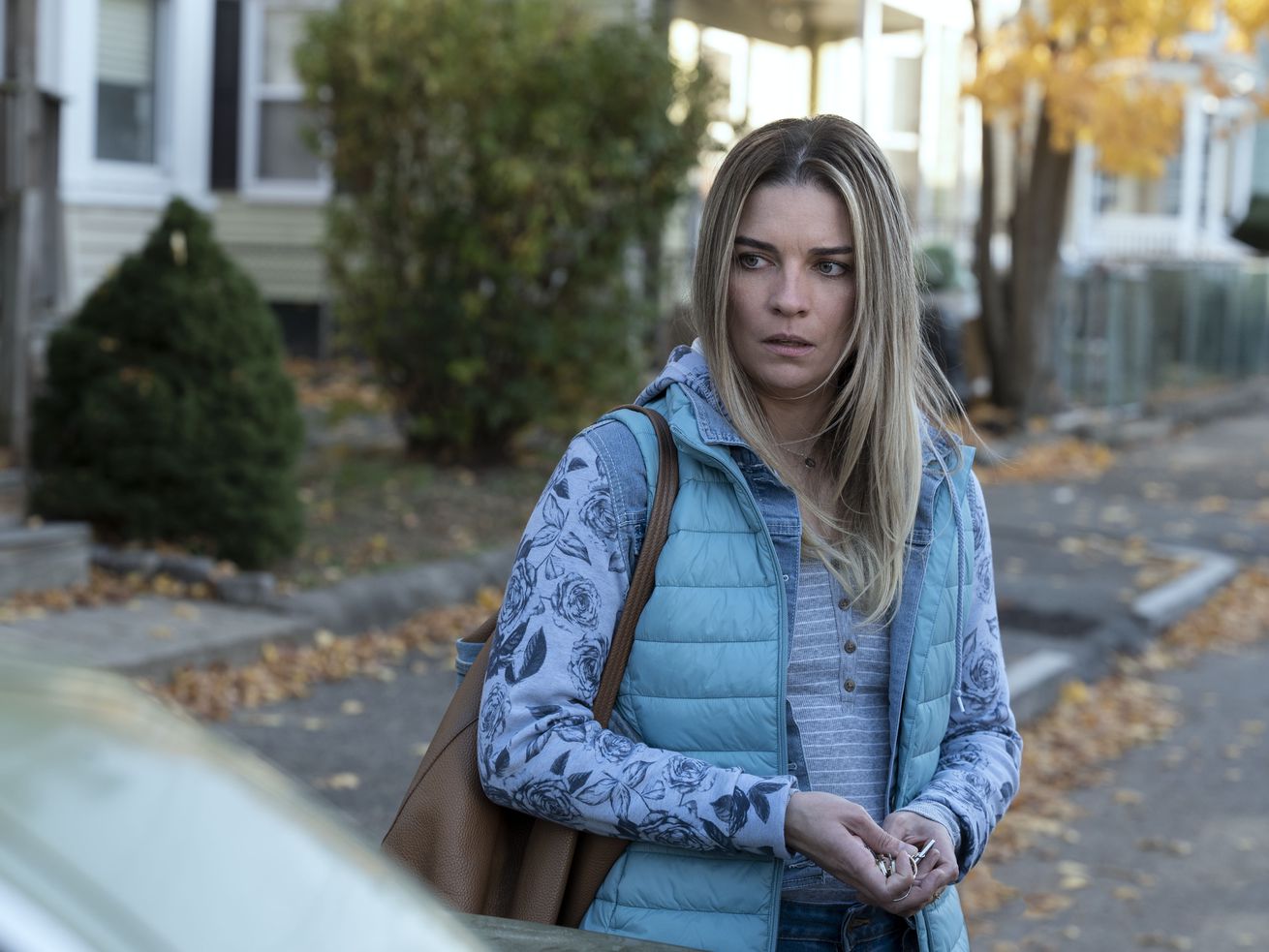 Once she gets away from her boorish husband, sitcom character Allison McRoberts (Annie Murphy) leads a separate life of harrowing experiences and dark thoughts on “Kevin Can F- – – Himself.” | AMC

From “The Honeymooners” to “The Bob Newhart Show,” from “According to Jim” to “Still Standing,” from “The King of Queens” to “Grounded for Life,” we’ve seen sitcom after sitcom after sitcom featuring the schlubby and often immature husband and his far more attractive and more grounded wife, who puts up with hubby’s maddening antics because … well, because that’s the show.

Some of these comedies are classics. Many more are mediocre. But the essential formula remains the same.

The opening scene in the pilot episode of the dramedy “Kevin Can F- – – Himself” (premiering Sunday on the AMC+ streaming service and June 20 on AMC) is a perfect replica of a hacky network sitcom from this genre, starting with the bouncy play-in music and the establishing exterior shot of a cozy home on a quiet street and continuing to the brightly lit living room set, complete with mismatched furniture, tacky knickknacks and, of course, the staircase in the background made for entrances and exits. We are in extremely familiar territory.

Enter Kevin’s wife Allison (Annie Murphy from “Schitt’s Creek”), carrying a load of laundry and expressing disappointment that, once again this year, Kevin plans to mark their wedding …read more

Dreams of Hazara children snuffed out in attack on school