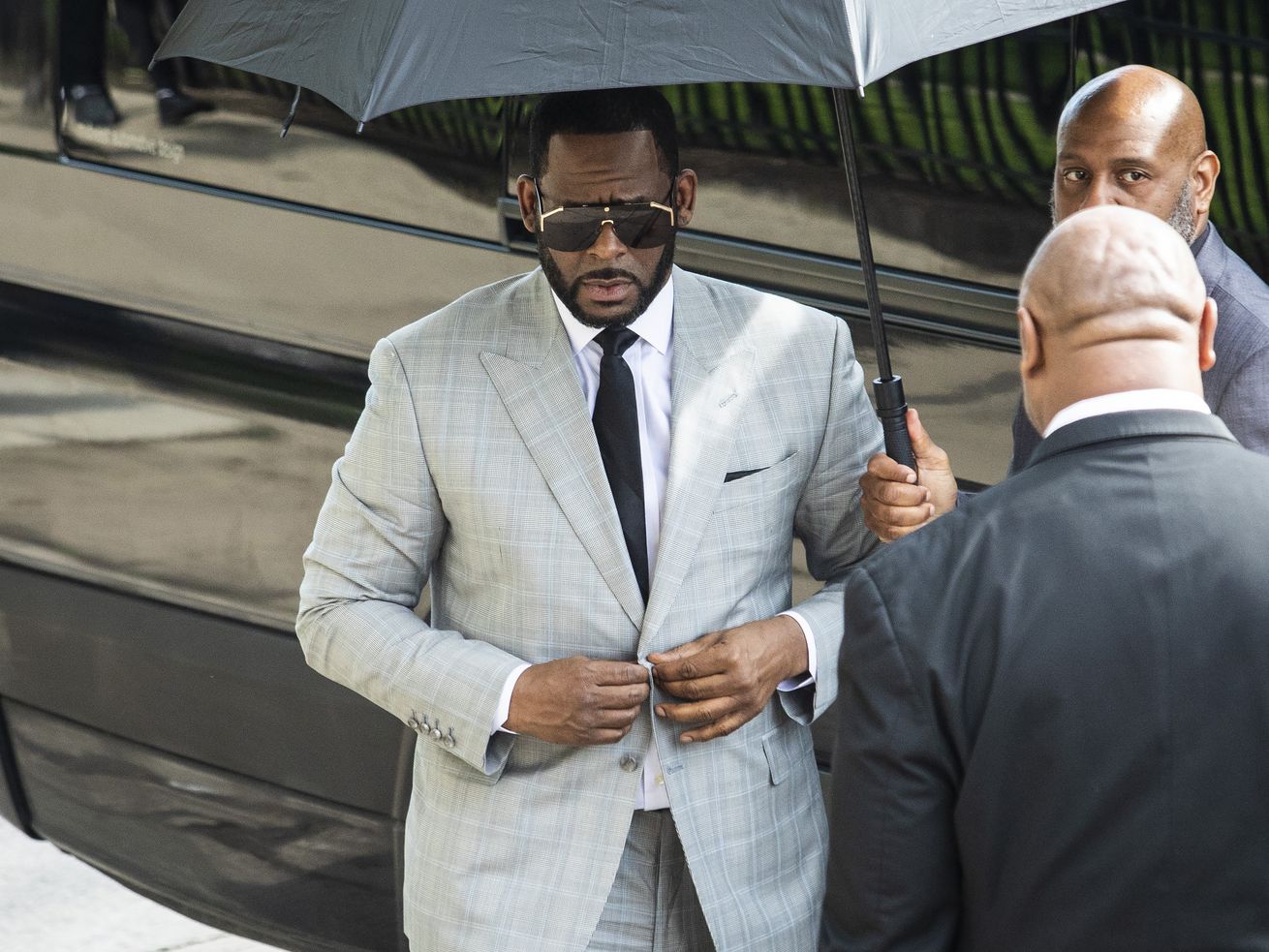 R. Kelly talks to a supporter as he walks into the Leighton Criminal Courthouse, Thursday morning, June 6, 2019.  | Ashlee Rezin Garcia/Sun-Times

The judge did not explain what prompted the hearing, but she had previously ordered Kelly’s Chicago-based attorneys to file a letter explaining why they decided to withdraw from Kelly’s racketeering case.

More drama could be brewing for R. Kelly’s legal team as a federal judge in Brooklyn on Friday scheduled a hearing typically meant to determine whether a lawyer has a conflict of interest in a case.

The judge did not explain what prompted the hearing, but she had previously ordered Kelly’s Chicago-based attorneys to file a letter under seal explaining why they decided earlier this week to withdraw from Kelly’s racketeering case in Brooklyn.

Kelly appeared finally on track for trial later this summer when attorneys Steve Greenberg and Michael Leonard of Chicago suddenly asked to withdraw from the case earlier this week. Farinella and Becker say they men were actually fired by Kelly.

Though the ongoing turmoil threatens Kelly’s August trial date, the judge has so far signaled she does not want to reschedule it.

Greenberg wrote in a letter to the judge Monday that, “Our reasons for withdrawal are significant and it is impossible, in our belief, for us to be able to continue to properly represent Mr. …read more