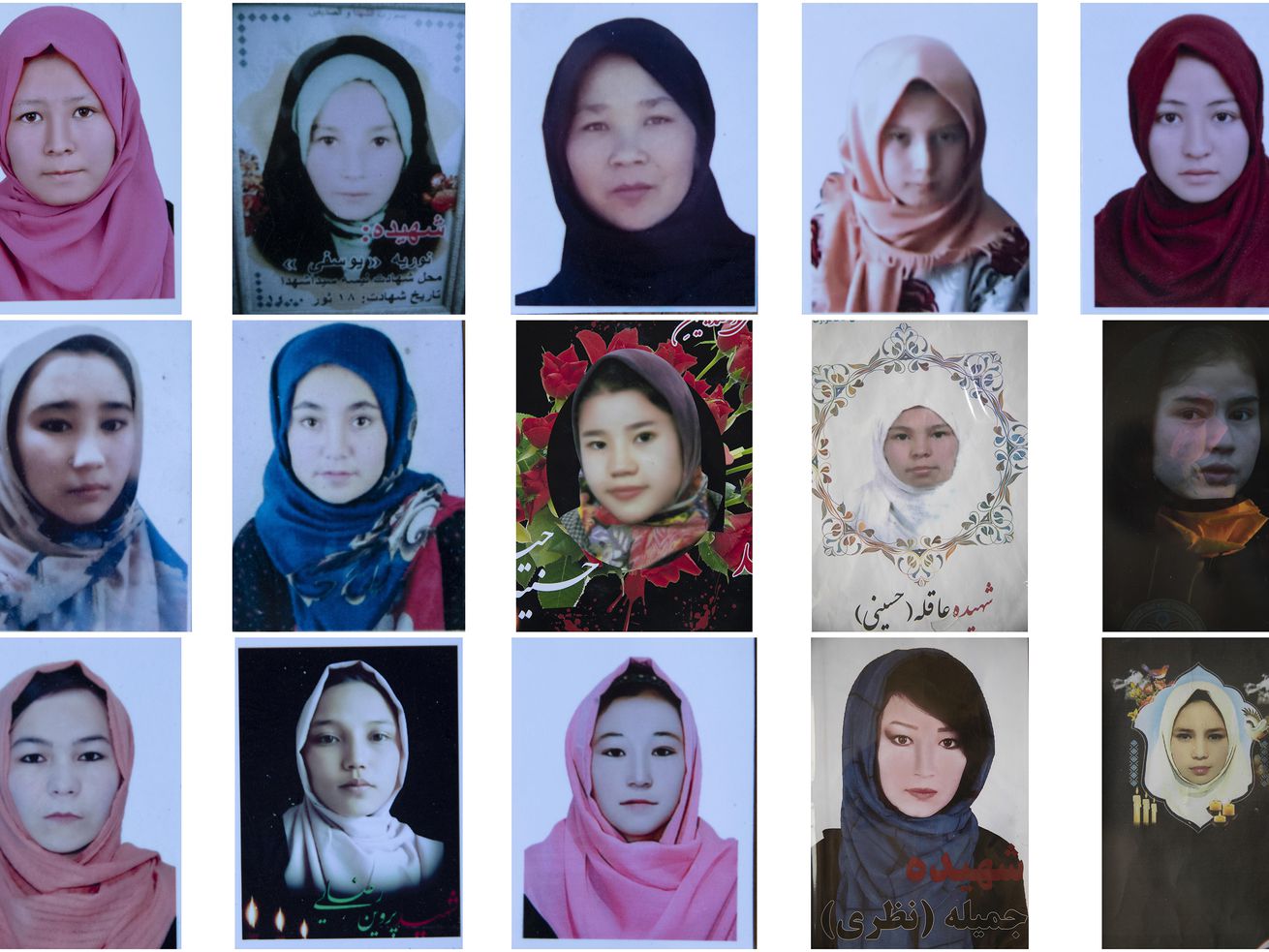 This combination photo shows portraits of Afghan Hazara school girls who were among nearly 100 people killed in bombing attacks outside their school on May 8, 2021. After the collapse of the Taliban 20 years ago, Afghanistan’s ethnic Hazaras began to flourish and soon advanced in various fields, including education and sports, and moved up the ladder of success. They now fear those gains will be lost to chaos and war after the final withdrawal of American and NATO troops from Afghanistan this summer. | AP

The May 8 explosions killed nearly 100 people, all of them members of the Hazara ethnic minority and most of them young girls just leaving class.

KABUL, Afghanistan — For the past four years, since she was 14, the notebook was always within her reach. Shukria Ahmadi titled it “Beautiful Sentences” and put everything in it. Poetry that she liked — sometimes a single line, sometimes long verses. Her drawings, like one of a delicate pink rose. Her attempts at calligraphy in swooping Persian letters.

Now the notebook is torn and scorched. It was with Shukria the day that three bombings in quick succession hit her school in the Afghan capital Kabul. The May 8 explosions killed nearly 100 people, all of them members of the Hazara ethnic minority and most of them young girls just leaving class.

Shukria has been missing since the blast. “She took this notebook everywhere with her,” her father Abdullah Ahmadi said. “I don’t remember seeing her without it. She would even use it to shield her eyes from the sun. Everything she loved is in here.”

The attack on the Syed Al-Shahada School was gut-wrenching for Afghanistan’s Hazaras, even after so many attacks against them over the years. It showed yet again how Islamic …read more

Bitcoin surges near $40,000 after Elon Musk says Tesla will resume crypto payments when mining is cleaner