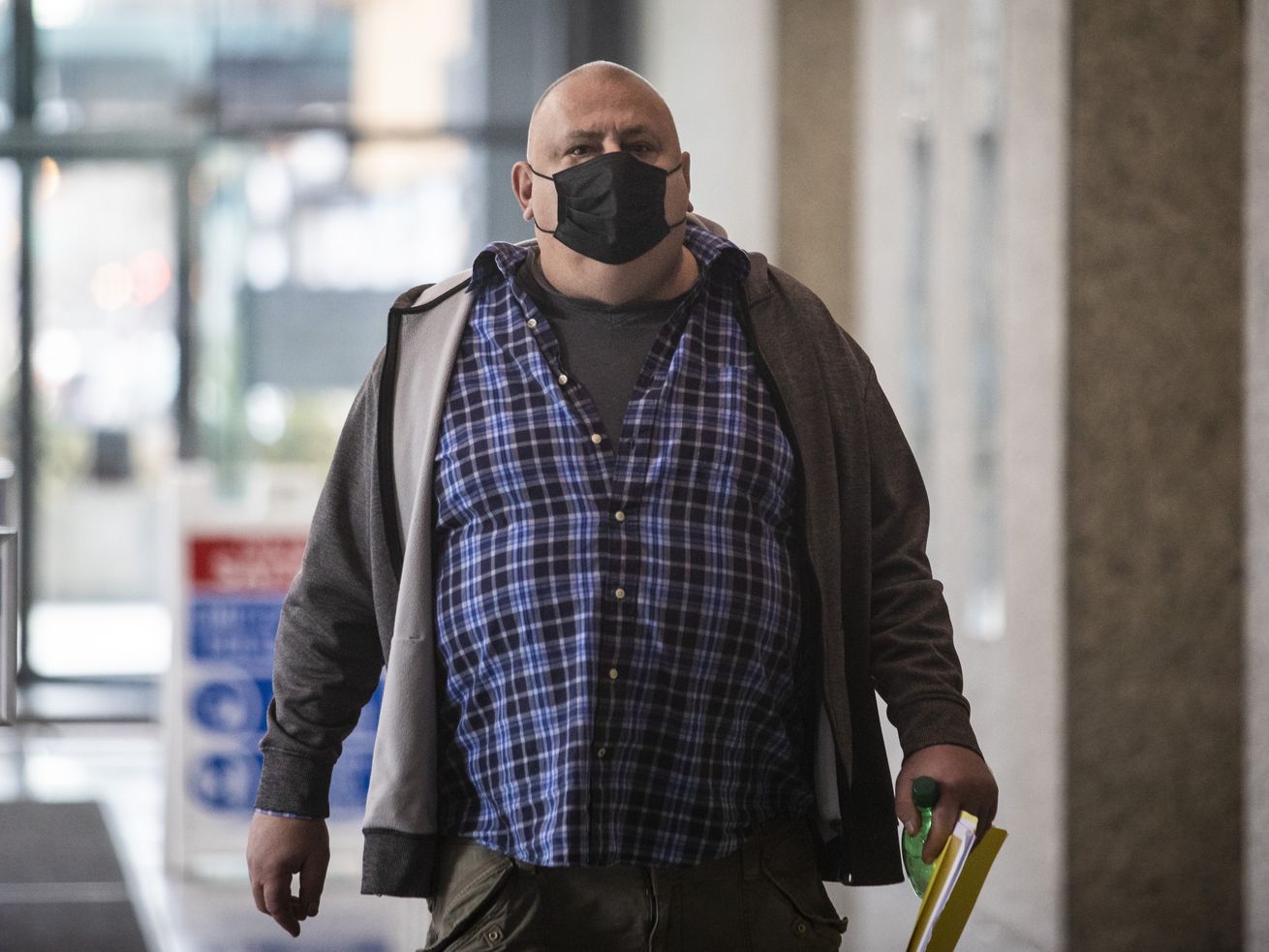 Marek Matczuk walks out of the Dirksen Federal Courthouse March 4 after being charged with embezzling millions of dollars from Washington Federal Bank for Savings. | Ashlee Rezin Garcia / Sun-Times

In a sealed deposition, Janice Gembara Weston said John Gembara began bringing Marek Matczuk to the bank’s annual board meeting after the ouster of a board member.

After the collapse of Bridgeport’s century-old Washington Federal Bank for Savings and the death of its president and CEO John F. Gembara, his sister told federal authorities investigating the failure of their family-owned bank that he had been worried about his safety, court records obtained by the Chicago Sun-Times show.

According to Gembara’s sister Janice Gembara Weston, who also was a member of the bank’s board of directors, his concern stemmed from the ouster of a board member and shareholder named Joseph Mazurkiewicz.

She said in a now-sealed deposition that her brother began bringing Marek Matczuk, a hulking contractor nicknamed Shrek, to the bank’s annual board meeting, which Mazurkiewicz continued to attend even after being dumped.

“I remember one meeting with — going to the issue with Joseph Mazurkiewicz,” ,” Weston, who was the bank’s senior vice president, testified in a deposition. “He was very disenchanted with being kicked off the board. But he would still come to the annual board meeting.

“And, for a number of years . . . John always was worried,” she said in the sworn statement, “I don’t know, what did he think he was going to do. But he brought Shrek upstairs like his bodyguard, standing there.”

Matczuk is a contractor who did odd jobs around the bank and obtained millions of dollars in loans from Washington Federal that records show never were repaid.

On Dec. 3, 2017, days before federal authorities shut down the …read more

Will the White Sox, with baseball’s best record, get aggressive before the trade deadline?

I’m a 32-year-old who booked 2 cruises this summer. People think they’re tacky and dirty, but they’re still the best way to vacation.