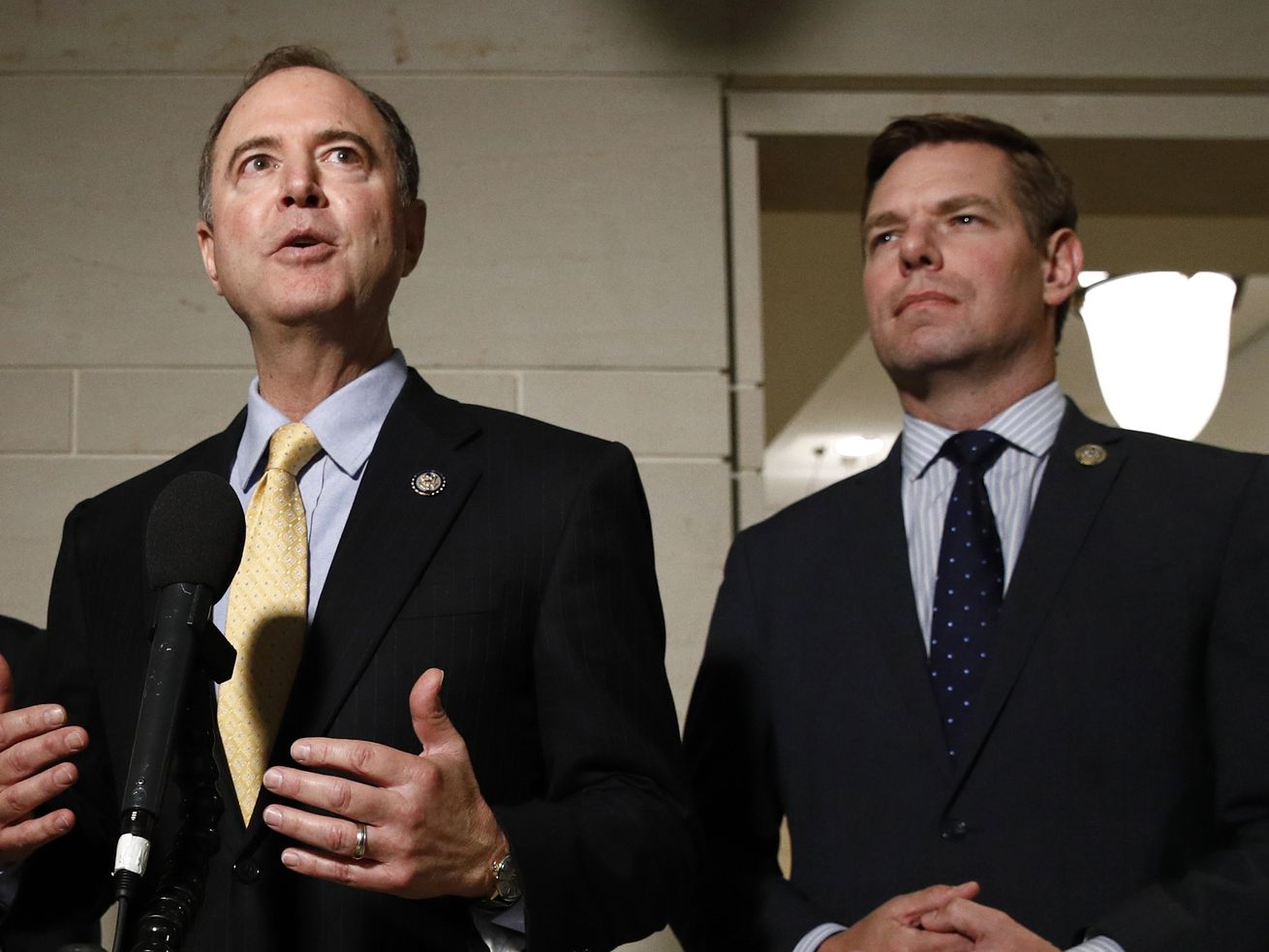 In this May 28, 2019 file photo, Rep. Adam Schiff, D-Calif., left, and Rep. Eric Swalwell, D-Calif., speak with members of the media on Capitol Hill in Washington. The Justice Department under former President Donald Trump secretly seized data from the accounts of at least two Democratic lawmakers in 2018 as part of an aggressive crackdown on leaks related to the Russia investigation and other national security matters, according to three people familiar with the seizures. | AP

The announcement by Inspector General Michael Horowitz came shortly after Deputy Attorney General Lisa Monaco made the request Friday. Horowitz said he would examine whether the data turned over by Apple followed department policy and “whether any such uses, or the investigations, were based upon improper considerations.”

House Intelligence Committee Chairman Adam Schiff, D-Calif., and another Democratic member of the panel, California Rep. Eric Swalwell, said Apple notified them last month that their metadata had been subpoenaed and turned over to the Justice Department in 2018, as their committee was investigating the former president’s ties to Russia. Schiff was then the top Democrat on the panel, then led by Republicans.

Israel launches airstrikes on Gaza in response to ‘incendiary balloons’