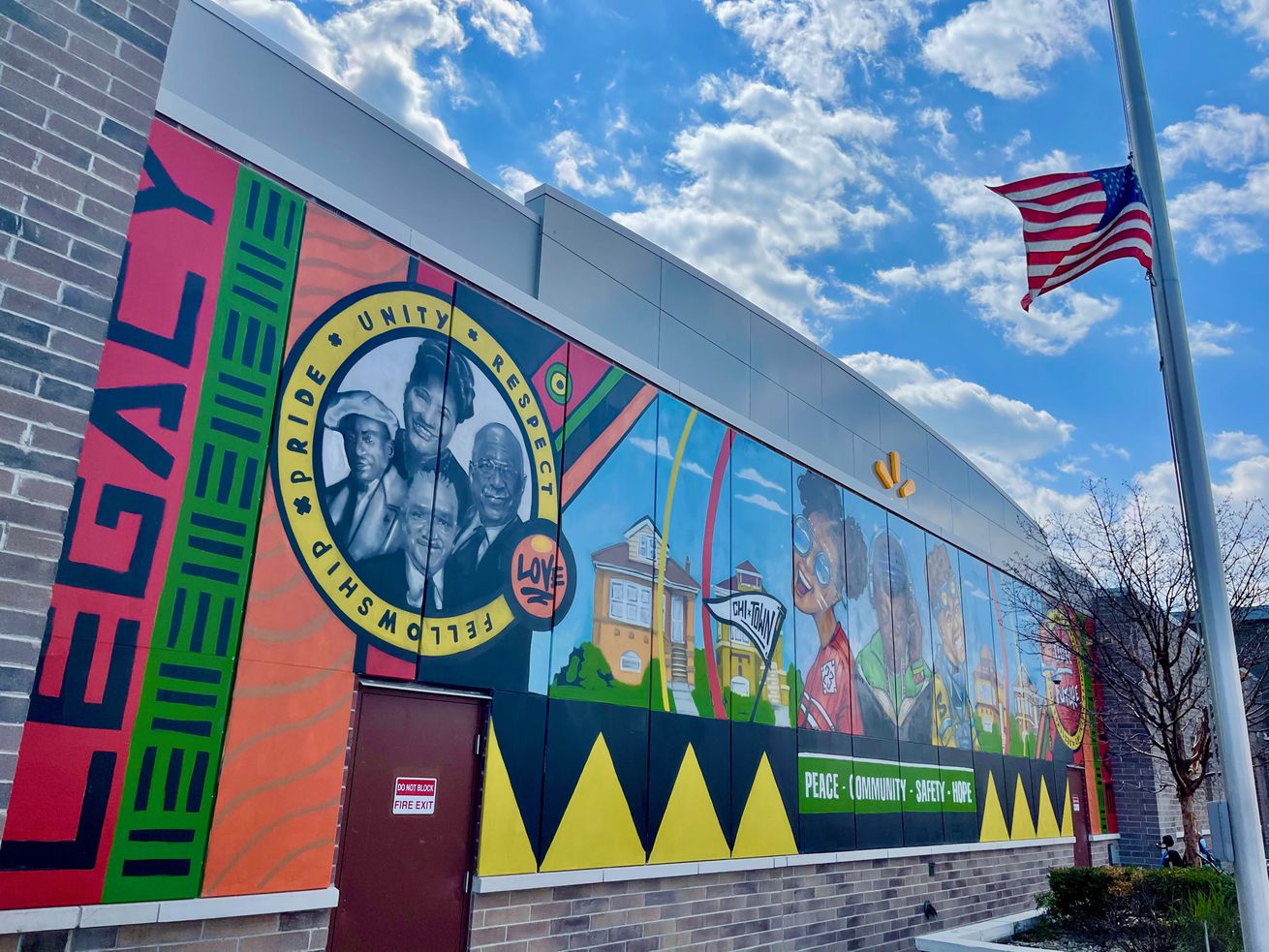 Artist Joe Nelson says he used an online survey to get ideas from people in Chatham about what to include in his mural at a Walmart store at 8331 S. Stewart Ave. | Provided

‘There’s a lot of great things that happen on the South Side and great stories that don’t get told,’ says artist Joe Nelson. ‘And I’m happy to contribute to some of the great things.’

Commissioned by Walmart to do a mural in Chatham at a store that was looted and damaged during last year’s civil unrest, artist Joe Nelson knew he wanted to incorporate neighborhood residents’ thoughts in the work.

So, faced with limitations because of the coronavirus pandemic, he put together an online survey to ask for their help.

“I was definitely forced to rethink of the way I interact with the community,” says Nelson, 43, who creates art under the name CUJO. “We aren’t able to sit down in a room and talk and have meetings.”

Provided
Joe Nelson says suggestions from an online survey helped determine the words he included in his mural at a Chatham Walmart store.

“I asked them literally: ‘What words do you want here?’ And: ‘Is there something else you would like to see that’s not shown?’ ” says Nelson, who grew up and still lives on the South Side.

He says he came up with the overall theme — of unity and togetherness — for the mural at the store at 8331 S. Stewart Ave. and had people vote on details of the piece through a multiple-choice survey he promoted through social media and flyers. About 130 people responded.

Their answers helped decide everything from …read more

2 of the biggest hedge fund victims of GameStop’s short-squeeze suffered more losses in May, report says