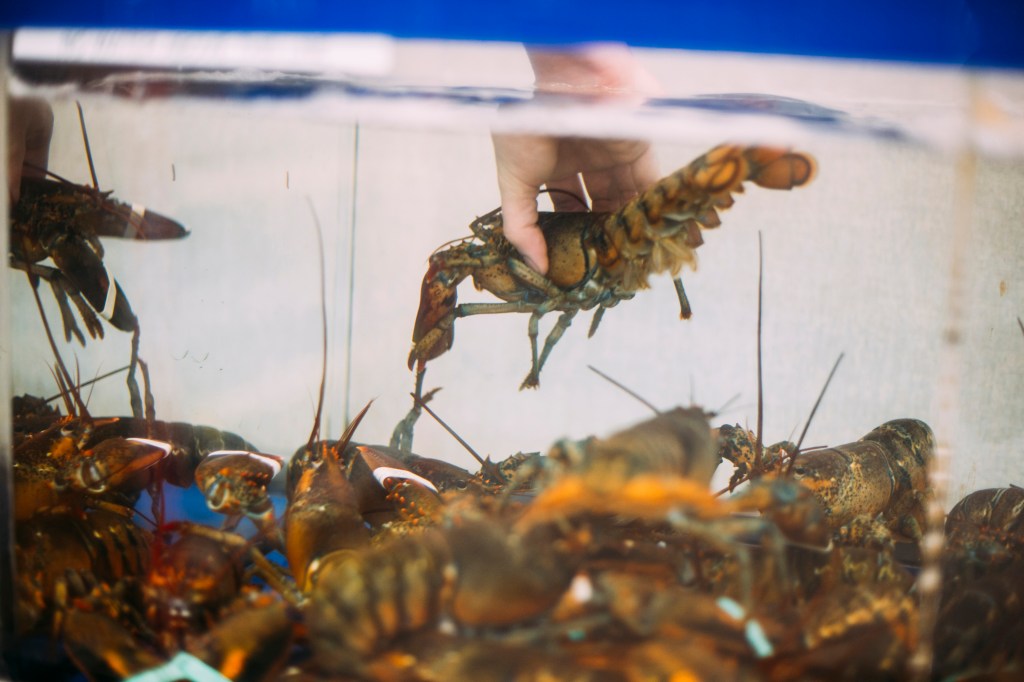 Lobsters were given the active ingredient in marijuana to see if reduced pain (Picture: Getty)

The owner of an American lobster restaurant went viral for suggesting that giving lobsters cannabis before they’re boiled can help ease their pain – so a team of biologists put it to the test.

A coalition of researchers from four US universities built a sealed lobster cage that was pumped full of tetrahydrocannabinol (THC) vapor, the active ingredient in cannabis.

The lobsters remained in the vapor-filled boxes for 30 or 60 minutes – enough time for their bodies to absorb the THC.

But the scientists found that while the lobsters movements slowed, there were no signs that it shielded them from the pain of boiling.

Scientists observed that when the lobsters were lowered into the 118.4 degrees Fahrenheit (48°C) water, the crustaceans flicked their tails, antennas and claws around – an apparent sign of an unwanted stimulus.

‘Tail immersion resulted in a clear response of legs and claws and/or a strong flick of the tail,’ the researchers wrote.

The lobsters were in the vapor box for either 30 or 60 minutes (Picture: Getty)

‘This latter is the escape response of lobsters (and crayfish) and confirms the noxiousness of the stimulus. Immersion of the claws or antenna resulted in a distinct movement to remove the appendage from the water.’

The findings run contrary to the viral claim from Charlotte Gill, owner of Charlotte’s Legendary Lobster Pound, in Maine, that having the lobsters consume cannabis would ease their pain and anxiety.

Bears’ Matt Nagy: Justin Fields would take over if Andy Dalton gets hurt

However, researchers only tested one of the ‘claims’ that went viral – the study wasn’t designed to test if consuming THC reduced the lobsters’ anxiety.

The study also aimed to find out if lobsters could absorb THC at all, which hadn’t been previously scientifically proven.