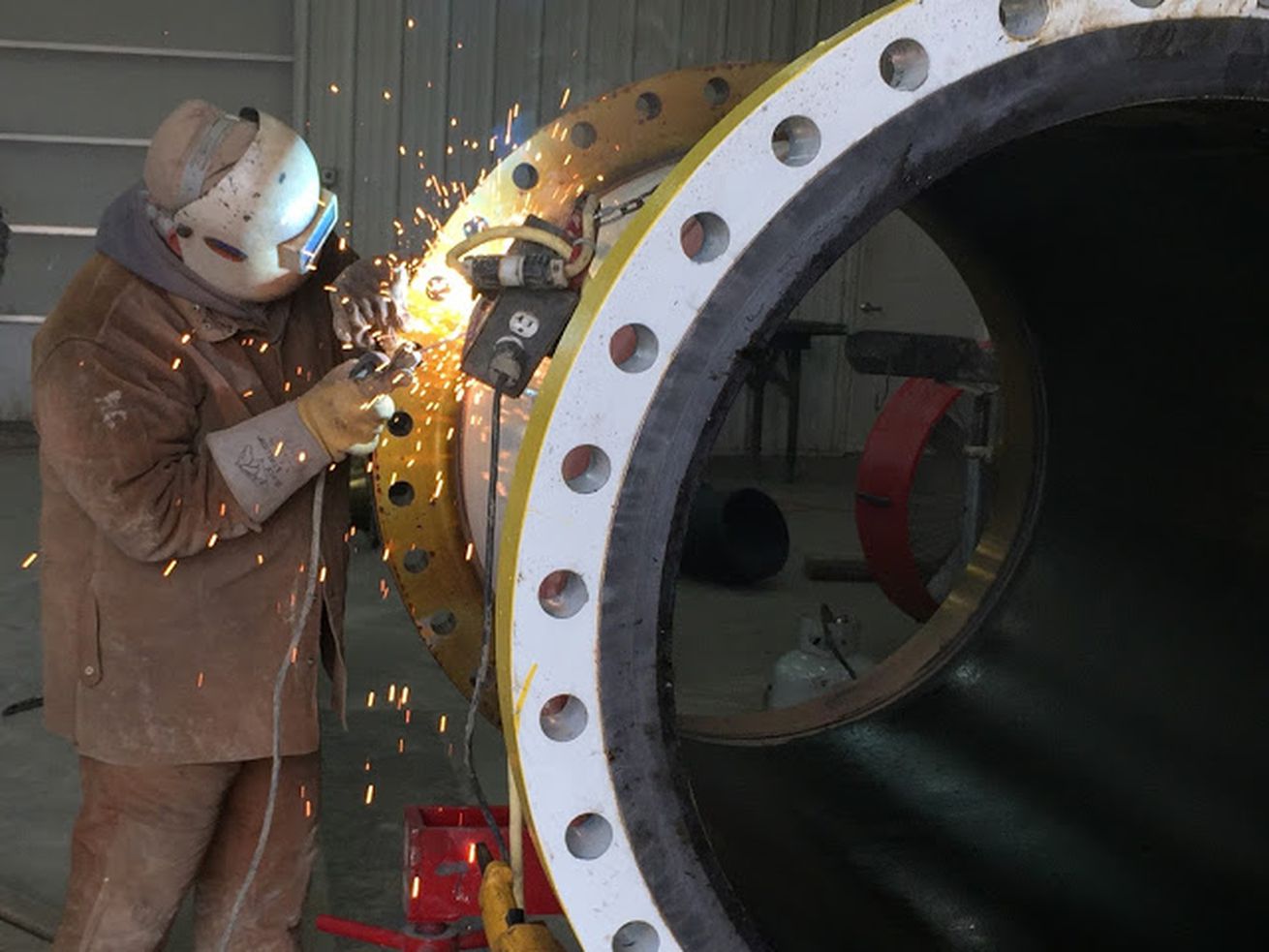 A worker from Folz Welding repairs an oil pipeline in Patoka, Illinois in 2016. | Neil Steinberg/Chicago Sun-Times

Why do we panic when hackers shut down oil pipelines, but cheer when protesters do?

Although, in their defense, people can be very indulgent about learning new words. For my entire career, I’ve trotted out five-dollar locutions in this column, sometimes because they’re the most precise term for conveying a particular thought, sometimes just to show off. Either way, readers invariably take the bother of looking them up, occasionally even writing in, grateful to learn a new word.

Words like “juxtaposition.” Setting one thing next to another, for comparison and contrast. To clarify a point that otherwise might be elusive.

For instance. Remember in early May, when cybercriminals shut down the east coast’s Colonial Pipeline? Suddenly everyone was panicked about gas shortages and price spikes. That video of some idiot (people … are … the … WORST!) filling a garbage bag with gasoline. Nobody greeted the Colonial crisis with “Hooray for hackers! I hope the pipeline never re-opens.”

Now draw a line from that to this week, and the Keystone XL crude pipeline being finally scuttled after years of fighting environmentalists and Native American protesters. Good news, right? Boo global warming! Three cheers for tribal activism!

Let me ask you this: How is oil supposed to be transported across our enormous country? Because if it doesn’t go by pipeline, it has to move in trucks or train cars, which are even more expensive, more dangerous and worse for the environment. …read more

Zafiro Flamenco Festival celebrates 45 years of Ensemble Espanol’s love of the dance: ‘we are warriors’

Taco Bell is giving away free tacos to vaccinated customers across California, as part of the state’s Vax for the Win scheme

The ad industry is looking for a way to save targeted ads, but publishers worry it’ll cheapen their reader relationships and cost them revenue