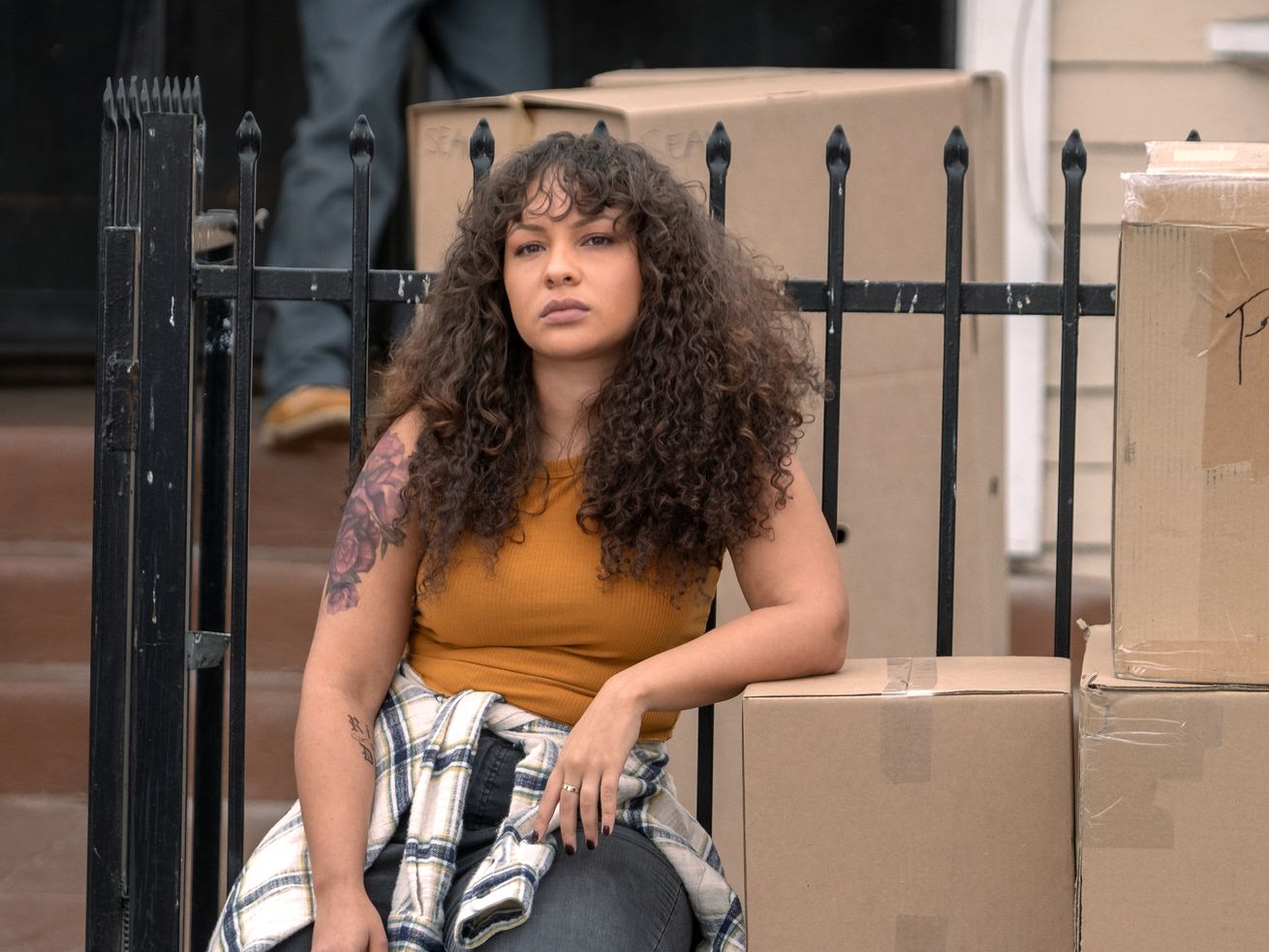 After her boyfriend is imprisoned, Ashley (Jasmine Cephas Jones) moves in with his mother on “Blindspotting.” | Starz

The movie spinoff is enhanced by musical numbers, dancers and monologues by Jasmine Cephas Jones, powerfully reprising her role as a resourceful Oakland mom.

Arguably the most original and electric movie of 2018 was “Blindspotting,” with co-writers Daveed Diggs and Rafael Casal starring in a prose-poem-infused story about the lifelong and often complicated friendship between two Oakland men named Collin and Miles, who are trying to walk the straight line and do the right thing but find that a constant challenge in their gentrifying, polarizing, sometimes dangerous world.

Diggs and Casal are the writers and co-executive producers (along with Jess Wu and Keith Calder) for the sequel series, which is directed by Seith Mann, a veteran and skilled TV director (“The Wire,” “Fringe”). We pick up the story on the New Year’s Eve six months after the events of the film, with Miles in cuffs for drug possession and his longtime girlfriend Ashley (Jasmine Cephas Jones, reprising her role from the film) left holding two bottles of champagne on the front lawn, in a state of shock and despair as the police cruiser pulls away.

When Miles is hit with a brutal sentence that will keep him incarcerated for years, Ashley is faced with some hard financial realities, and she and her young son Sean (Atticus Woodward) have to move in, …read more

Biden will warn Putin the US will respond 'forcefully' if Russia continues its 'reckless and aggressive actions,' Blinken says