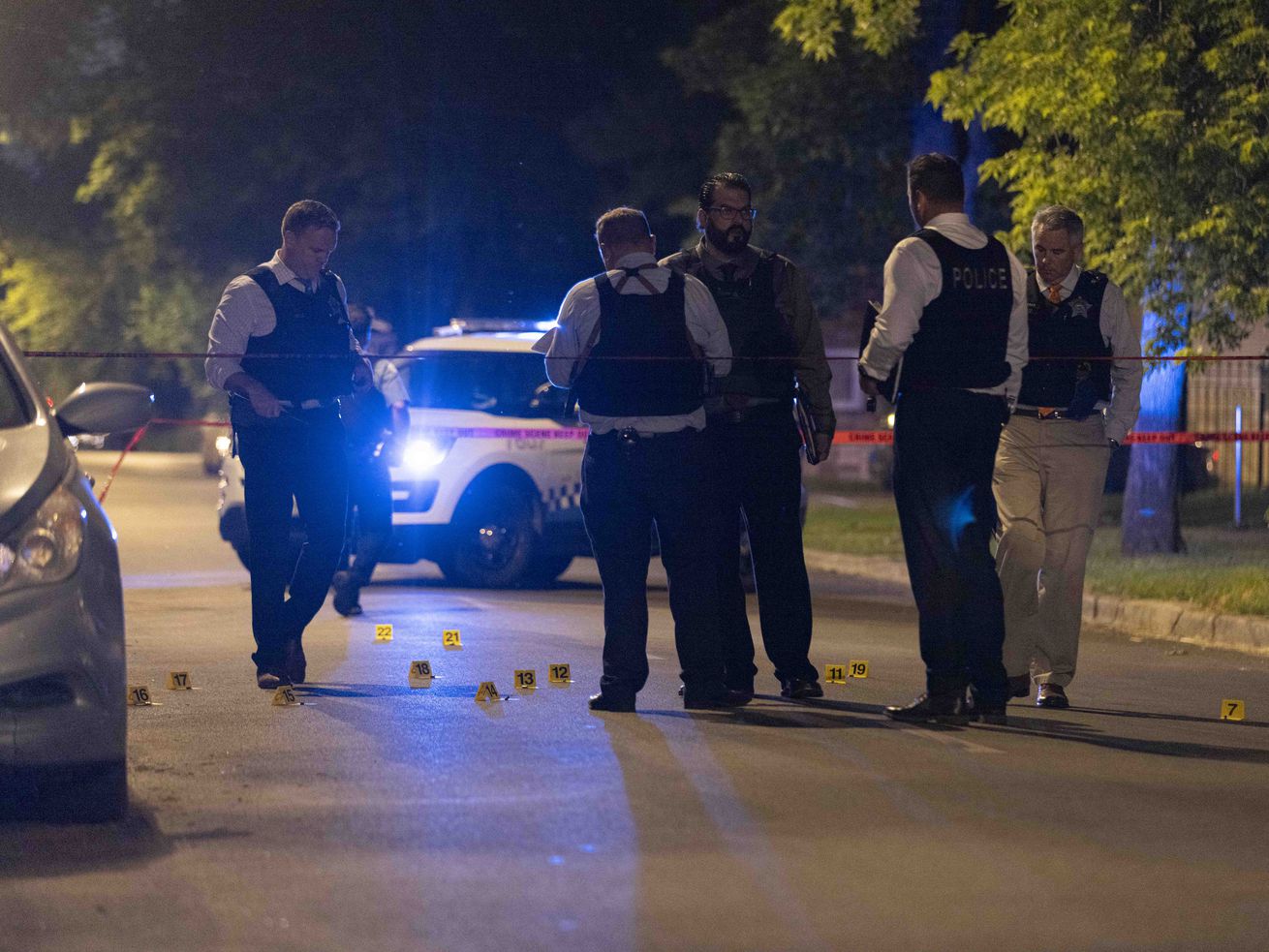 Police investigate the scene where a 9-year-old boy was grazed with a bullet to the head at W 54th St and S Morgan St in Back of Yards, Tuesday, June 8, 2021. | Anthony Vazquez/Sun-Times

Fourteen people were shot, one fatally, Tuesday in Chicago, including a man who was fatally shot in Wentworth Gardens.

He was near the sidewalk about 1 p.m. in the 3800 block of South Wells Street when a vehicle approached and someone inside opened fire, Chicago police said. The 27-year-old was struck in the head and taken to the University of Chicago Medical Center, where he was pronounced dead.

In non-fatal shootings, two men were shot and seriously wounded while traveling in a vehicle in Princeton Park on the South Side. The two men, both 25, were traveling in a vehicle about 9:35 p.m. in the 300 block of West 95th Street when they were shot, according to police. The car then crashed into a tree in the 9300 block of South Harvard Avenue, where emergency crews responded. One man was struck in the back and taken to the University of Chicago Medical Center. The other man suffered gunshot wounds to the side of his body and both legs and was transported to Christ Medical Center in Oak Lawn. Both men were listed in serious condition.

Over an hour prior, three men were wounded in a drive-by in Englewood on the South Side. The men were outside a home in the 6100 block of South Green Street just before 8 p.m. when a vehicle approached and someone inside began firing shots, police said. A 30-year-old man was struck in the back and listed in …read more

Confessions of caregiver burnout: 5 women dealing with childcare and family needs reveal how the pandemic pushed them to a breaking point

Things to do in Chicago for music fans

Dear Abby: Old friend describes an experience I had, pretends it was hers