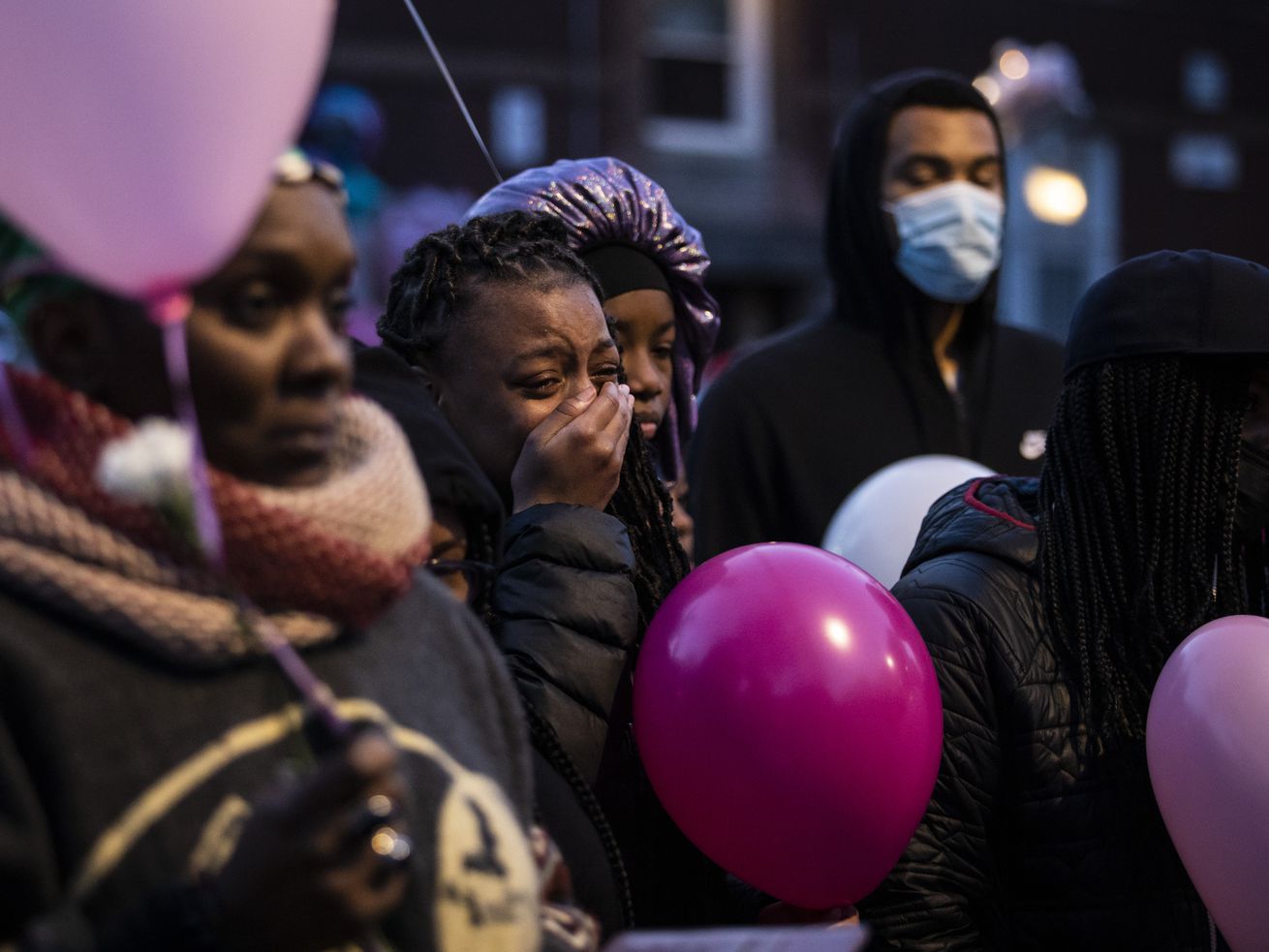 Dozens of family members and supporters of 7-year-old Jaslyn Adams gather for a vigil outside the girl’s grandmother’s West Side home, Wednesday evening, April 21, 2021. Jaslyn was fatally shot Sunday, April 18, while in line at a McDonald’s drive-thru with her father, who suffered one gunshot wound to the back and survived. | Ashlee Rezin Garcia/Sun-Times

Children deserve better. Telling them to stay away from their parks and friends is not an answer. It is a sickening admission of defeat.

Our children are being murdered. Gunned down in the streets. Shot in the parks. Murdered sitting on the porches of their homes.

They go to bed listening to the sounds of gunshots outside their windows and awake to a living nightmare where monsters stalk the streets looking for children to kill.

This is not a horror movie. It is everyday life.

A teenager is shot by assassins while walking her dogs.

A 7-year-old is riddled by bullets fired by two gunmen as she sits in a car at a McDonald’s drive-thru.

A baby is shot in the head while traveling in a car on Lake Shore Drive.

Each time the politicians say this must end. The church leaders urge their communities to rally around the families. Flower memorials are built, and tears are shed.

And then some other child is murdered. Shot dead.

Children are told to remain in their homes. The streets are not safe. But a bullet can come through a window at any time and kill a youngster in her home who has done nothing wrong. It happens.

Such atrocities used to be unacceptable. If a child was killed our entire society would come together, not only to denounce the murderer, but to find him and send him to prison.

Even criminals realized that shooting a child, by accident or as …read more

Why raccoons are so hard to get rid of