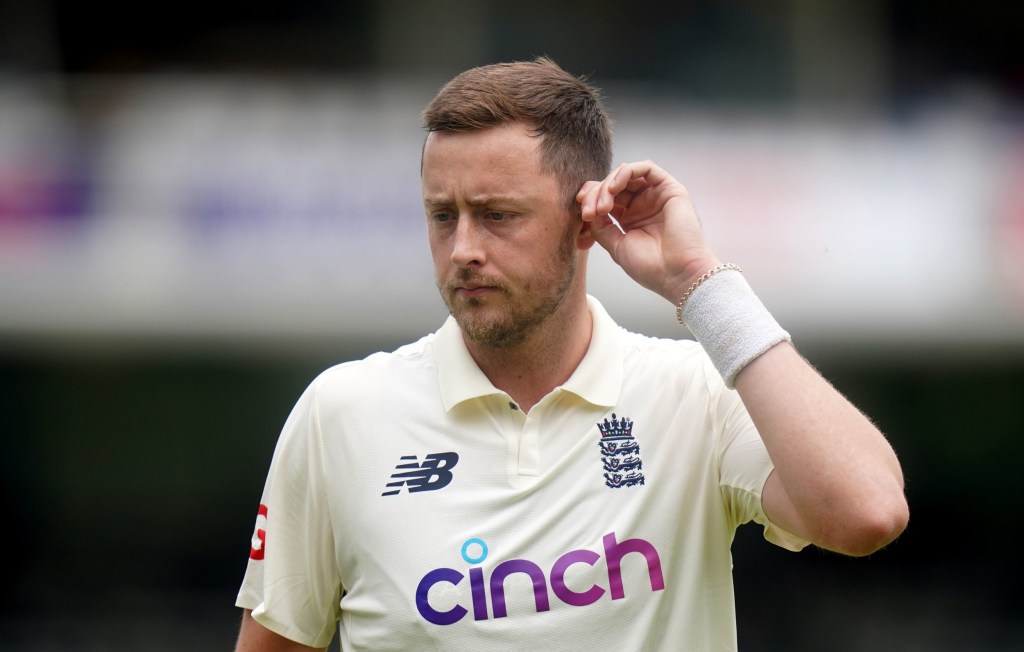 He said the England and Wales Cricket Board (ECB) should ‘think again’.

The ECB said Robinson has been suspended from all international cricket pending the outcome of a disciplinary investigation following historic tweets he posted in 2012 and 2013.

‘They are also a decade old and written by a teenager. The teenager is now a man and has rightly apologised. The ECB has gone over the top by suspending him and should think again.’

Robinson, now 27, issued an apology for the posts he sent in 2012 and 2013, when he was in his late teens, which were unearthed and shared online on the day he made his Test debut against the Black Caps earlier this week.

The Sussex seamer made an impression on the field at Lord’s with seven wickets in his debut against New Zealand but has been dropped from the squad for the series decider, which gets under way at Edgbaston on Thursday.

England captain Joe Root said he ‘couldn’t believe’ what had emerged, adding ‘it’s not acceptable within our game’.

After the first day’s play between England and New Zealand, Robinson read from a prepared statement to say he was ‘embarrassed’ and ‘ashamed’ of the offending posts.

They came to light hours after England had marked the first Test of the summer at the Home of Cricket by sharing a ‘Moment of Unity’ alongside the Kiwis before play, taking a stand against several forms of discrimination.

Robinson apologised to the media and to his team-mates and while Root believes the contrition is heartfelt, …read more

Chicagoans begin to consider the possibilities of life beyond COVID-19