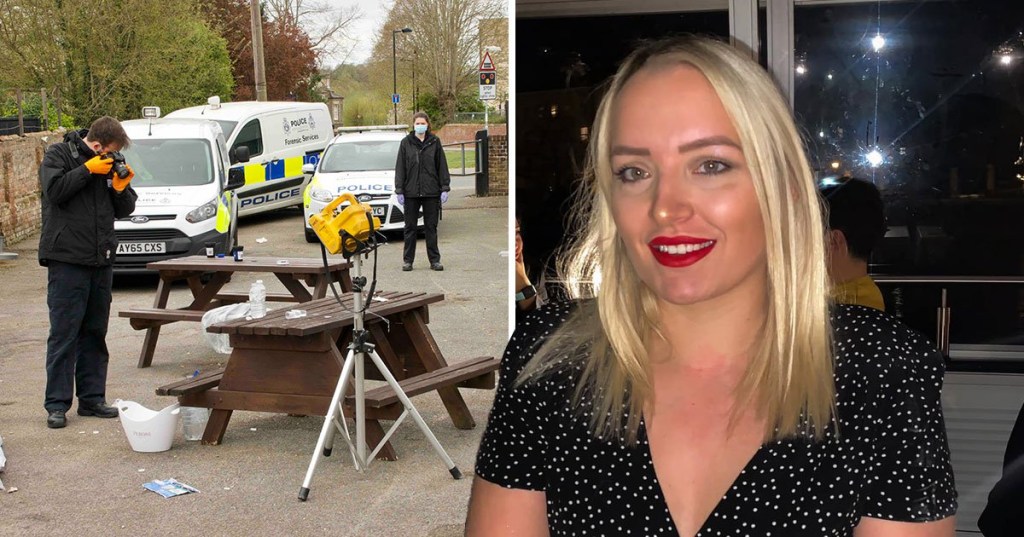 It is thought Ashleigh Charlesworth, 27, was injured in the blast after someone was messing around with a portable heater (Picture: SWNS / East Anglia News Service)

A children’s nurse has been left with life-changing burns after a portable heater exploded in a pub garden.

Ashleigh Charlesworth, 27, was seriously injured in the explosion at the Kings Head pub in Great Cornard, Suffolk.

She received burns to her face, chest and hands and two others – including Ashleigh’s cousin – were injured in the blast on April 24, which saw two air ambulances rush to the scene.

It is believed to have happened after a customer brought the heater to the pub themselves.

Ashleigh was taken to a specialist burns unit at Broomfield Hospital, in Chelmsford, Essex, where she was placed on a ventilator for two days.

She has been given a skin graft on her hands, and is now wearing a special face mask to help heal the burns.

Ashleigh’s dad, Paul Charlesworth, said: ‘[The cousins] were badly burned and taken to hospital. Ashleigh was put on a ventilator for two days and needed operations on her hands.

‘The doctors are trying their hardest not to do anything to her face as they hope the skin can heal itself.

Ashleigh was taken to a specialist burns unit where she was placed on a ventilator for two days (Picture: SWNS)

Police at the scene after the explosion on April 24 (Picture: East Anglia News Service)

‘She’s having to wear a special mask on her face still as these types of burns can carry on damaging skin for days.’

Ashleigh, previously a paediatric nurse at Colchester Hospital in Essex before moving to Virgin Care, was on a night out with her cousin at the time.

The 6 best coffee and espresso pods we tested in 2021, including reusable options

I’m a dating coach whose inbox is flooded with requests from newly vaccinated singles. Here’s what I predict will be popular on dating apps post-pandemic.