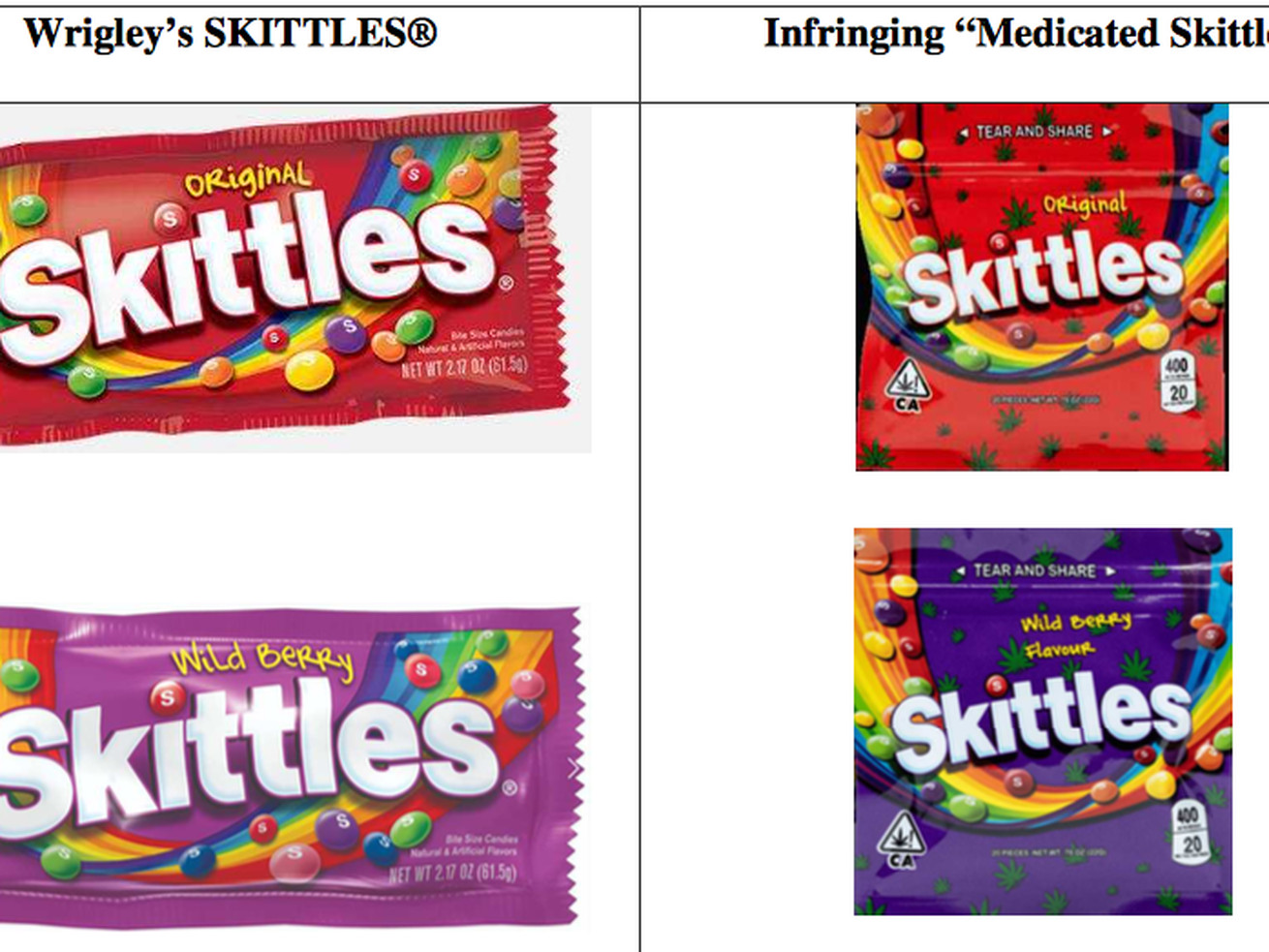 An exhibit filed in a federal lawsuit in Chicago by Mars Wrigley alleges companies are marketing pot-infused gummies in packaging that is very similar to Skittles candy. | U.S. District Court

In federal suits filed this week, Chicago’s Mars Wrigley is asking for millions of dollars in damages and the shutdown of shady websites allegedly peddling counterfeit products.

From the packaging, you can barely tell the difference between Skittles candy sold at stores and the pot-infused “Skittles” being sold by shady online retailers.

In response, Skittles’ parent company, Mars Wrigley, pushed back this week in a series of lawsuits — including one filed in federal court in Chicago — alleging the companies selling those pot products and others are infringing on its trademarks. In one case, Mars Wrigley is asking for millions of dollars in damages and the shutdown of websites allegedly peddling counterfeit products.

A candy-manufacturing giant with global headquarters in Goose Island, Mars Wrigley said its move to take on alleged counterfeiters was meant “to send the illicit cannabis industry a strong signal to stop illegally using the company’s brands and products.”

A lawsuit filed Monday in federal court in Chicago names a California company called Terphogz, which has allegedly used the name “Zkittlez” to sell cannabis and CBD flower, as well as clothing and drug paraphernalia. According to the filing, Terphogz “helped itself” to Wrigley’s trademarks for Skittles by “knocking off” the famous “Taste the Rainbow” slogan and copying the company’s logo, among other things.

The pandemic spurred a migration away from New York City. But as vaccines rise and restrictions lift, people are returning in droves.

The 6 best treadmills for your home gym

Caitlyn Jenner’s comments about trans girls in sports was used to justify a proposed ban in Kansas. It failed anyway.