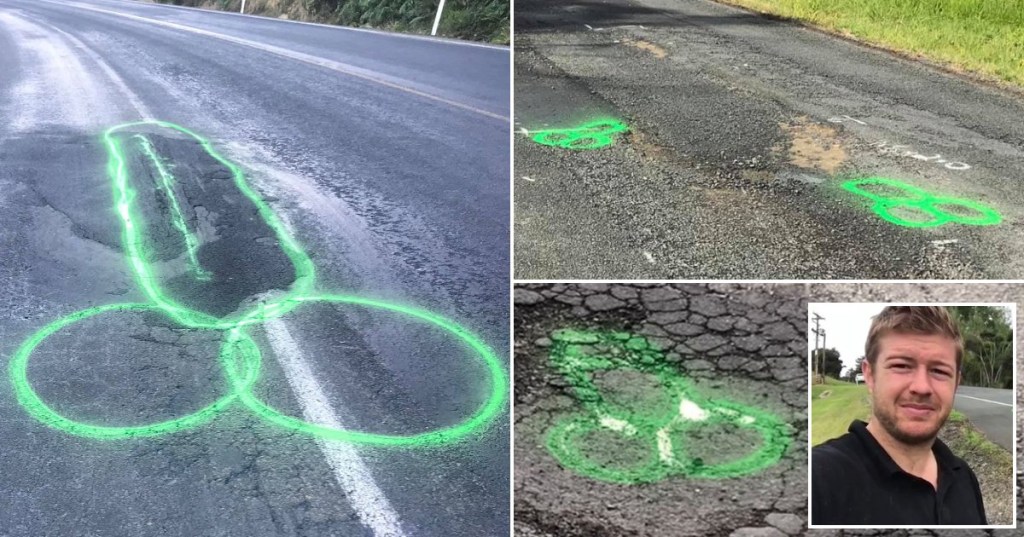 A man who has been drawing penises on roads to highlight potholes for three years is facing legal action.

The road safety campaigner first started drawing penises after growing frustrated at the amount of time it was taking to fix potholes near his home in Waitoki in 2018.

He said he’d complained to Auckland Transport over the state of a road 20 times and had continuously being ignored.

Geoff estimates he’s done ‘well over’ 100 drawings since. Most of the time he sprays a circle around the offending hole and reserves his signature bright green penis pictures for the worst examples.

He says he spends around $400 on spray paint each year but has never before been in trouble with the law.

A local resident filed a complaint about his most recent artwork on Old North Road, prompting the police to take action.

Officers told Geoff they would be liaising with Auckland Transport (AT) over possible charges and will get back to him.

The transport authority meanwhile has confirmed it plans to pursue the ‘culprit’ over the costs of removing the spray paint from the pot-holed roads.

A spokesperson told New Zealand Autocar that they believe the person had ‘put themselves at risk while also providing a distraction for other drivers.’

Tech jobs, sun, and no income tax: experts explain why Florida is poised to keep growing even after the pandemic