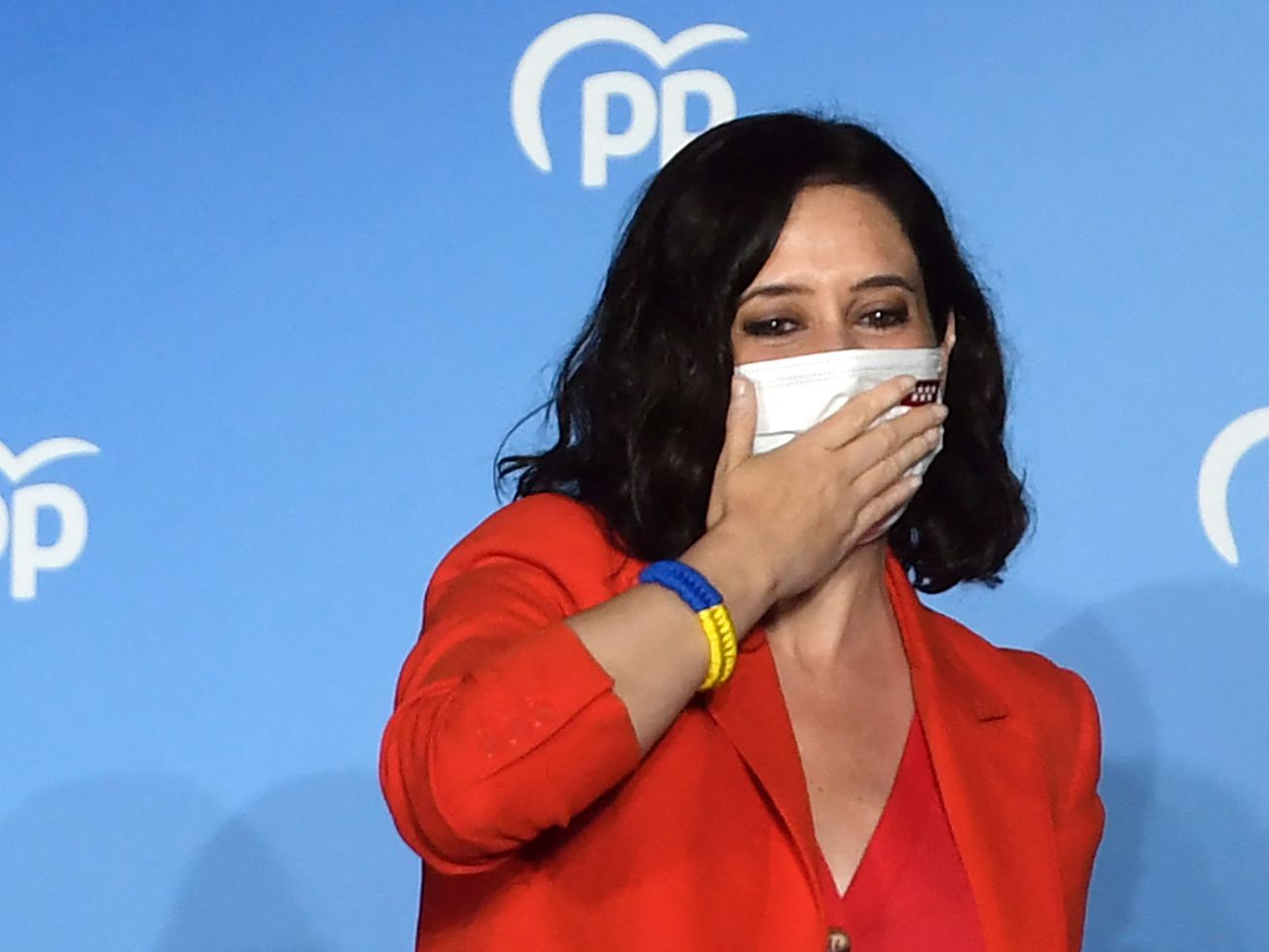 With 70% of the ballots counted, Isabel Díaz Ayuso was backed by 44% of voters, up from 22% in the last election two years ago.

MADRID — Madrid’s conservative leader, a champion of relaxed measures against the coronavirus and a scourge of the left-wing central government’s handling of the pandemic, looked on course for a solid victory in a regional election Tuesday.

With 70% of the ballots counted, Isabel Díaz Ayuso was backed by 44% of voters, up from 22% in the last election two years ago. Three rival left-wing parties together had 41%.

The preliminary results gave Díaz Ayuso’s Popular Party 64 seats in the 136-seat regional assembly, more than double from 2019 but short of the 69-seat majority needed to form a government.

Vox, the far-right party that mixes Spanish patriotism and populism and is shaping up as Díaz Ayuso’s new choice for legislative support, was set to win one more regional lawmaker, rising from 12 seats to 13.

Voters shunned the liberal center-right Citizens party that was Díaz Ayuso’s junior coalition partner before she called the early election seeking to broaden her power base. The centrist party, which is trying to keep afloat also at the national level, lost all of its 26 regional lawmakers because it failed to reach the 5% vote threshold.

The preliminary results were a blow for the regional Socialists of Prime Minister Pedro Sánchez, losing 11 assembly seats, from 37 to 25.

Stunt pilot killed after plane crashes into field in Kent

Sánchez’s government’s junior coalition partner, the anti-austerity United We Can, obtained 10 seats, up from seven in 2019, after leader Pablo Iglesias …read more

A Swiss diplomat in Iran has died after mysteriously falling from a high-rise building, state media says

Before he was old enough to rent a car, Illinois law condemned my dad to die in prison