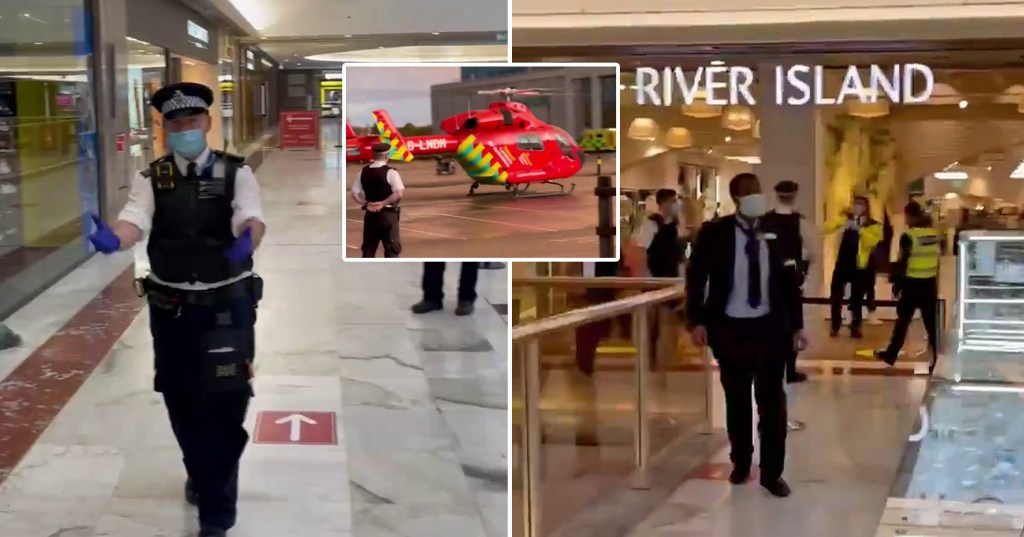 Brent Cross shopping centre in London has been evacuated following reports of a stabbing (Picture: @MrShneor)

Brent Cross shopping centre in London has been evacuated following reports of a stabbing inside the Apple store.

A large police presence could be seen outside the shopping centre this evening, as well as an air ambulance.

One witness claimed the victim, believed to be a young male, had died from his injuries, but this is unconfirmed.

A security guard inside the centre was also filmed telling a shopper: ‘This is not the first and it won’t be the last’.

One witness claimed the victim was a young male (Picture: @MrShneor)

An air ambulance could be seen outside the building (Picture: @MrShneor)

Twelve teenagers have been stabbed to death in London during the past four months.

Boy, 17, stabbed to death as teen arrested for murder

Dear Abby: My husband has been checking out info on local escorts