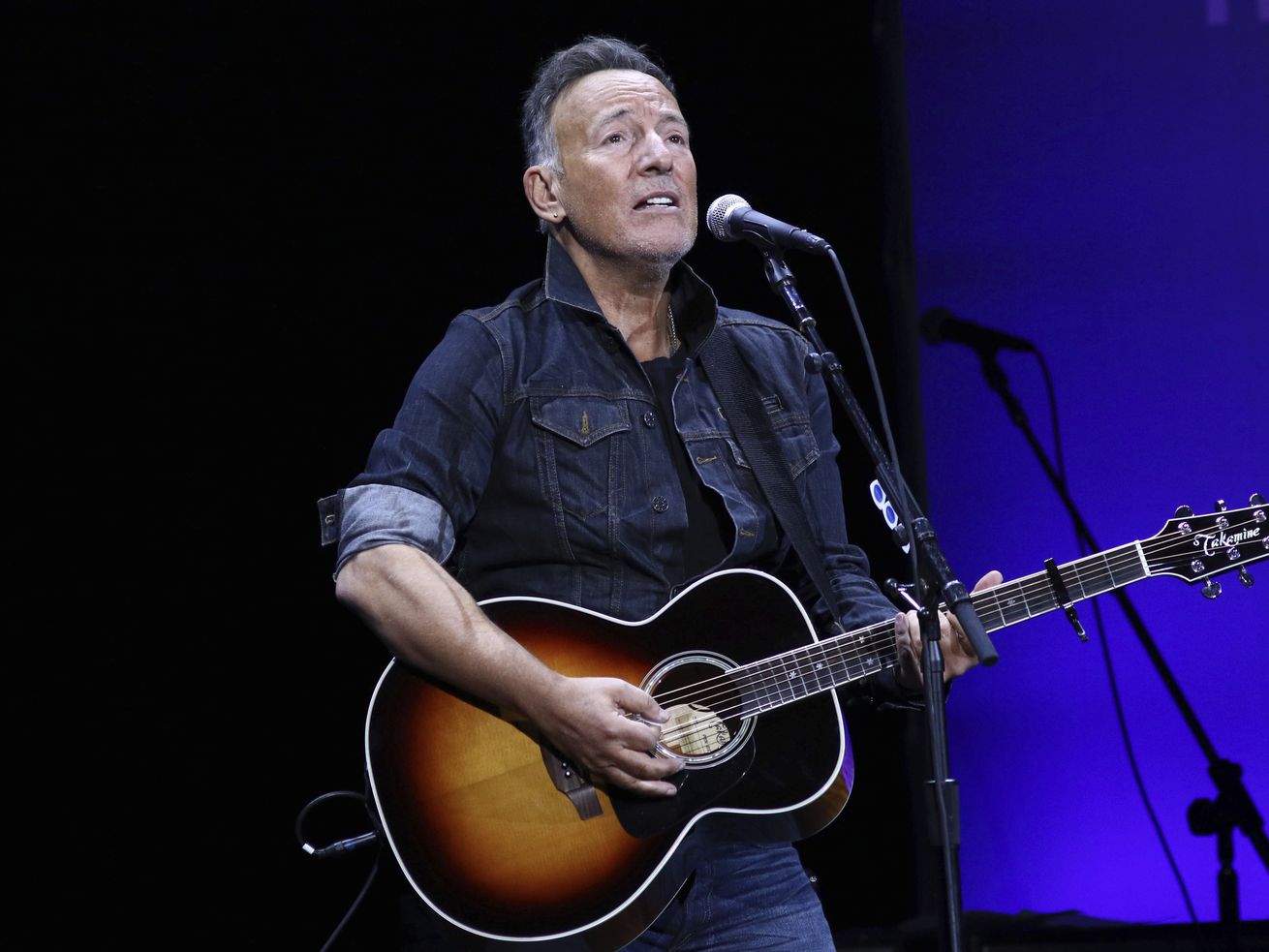 Bruce Springsteen performs at the 13th annual Stand Up For Heroes benefit concert in support of the Bob Woodruff Foundation in New York on Nov. 4, 2019. | Greg Allen/Invision/AP

Guthrie, who grew up in Okemah, Oklahoma, was one of the most important figures in American folk music and penned hundreds of songs, including some that The Boss has performed over the years.

TULSA, Okla. — Bruce Springsteen has won the 2021 Woody Guthrie Prize, which is given to an artist seen as carrying on the spirit of the folk singer whose music focused on the plight of the poor and disenfranchised.

Guthrie, who grew up in Okemah, Oklahoma, was one of the most important figures in American folk music and penned hundreds of songs, including some that The Boss has performed over the years.

“Woody wrote some of the greatest songs about America’s struggle to live up its ideals in convincing fashion,” Springsteen said in a statement Tuesday. The New Jersey rocker called Guthrie, who died in 1967 at age 55, “one of my most important influences.”

Deana McCloud, who heads the Woody Guthrie Center in Tulsa, said in a news release that, “As an observer of the human condition and a reporter about the plight of common people, Bruce Springsteen is a true child of Woody Guthrie.”

“The Woody Guthrie Center is proud to present Bruce with this well-deserved recognition for his lifetime of speaking for the disenfranchised and inspiring generations to find the power of their own voices,” she added.

I quit my stressful management-consultancy job and set up a medical-cannabis company. It's now worth $115.9 million on the London Stock Exchange.

Joan Baez, Chuck D, John Mellencamp, Norman Lear, Kris Kristofferson and Mavis Staples are among the past recipients of the award.

Springsteen will be honored during a virtual ceremony …read more

Democrats are blowing it with their COVID messaging