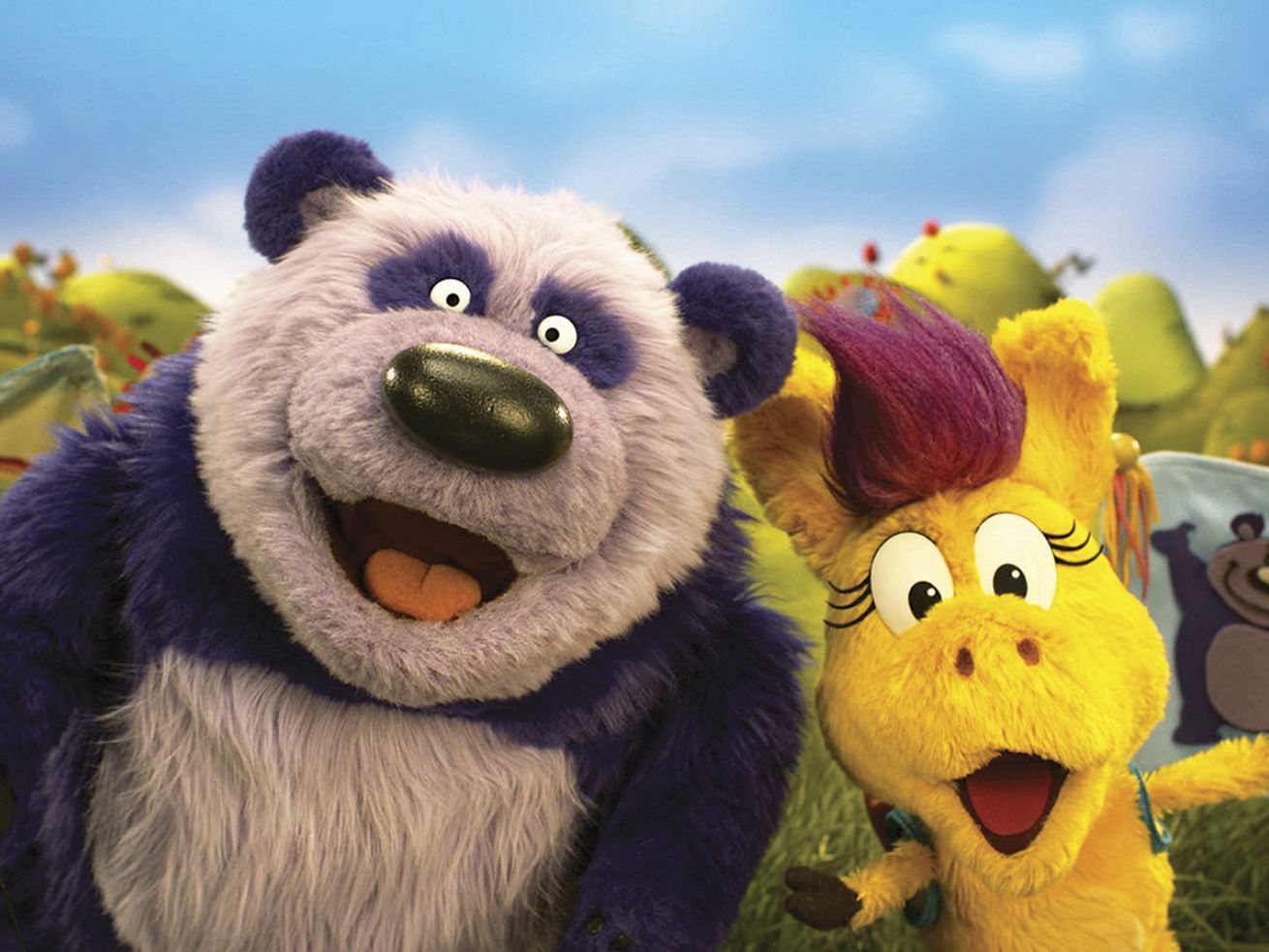 The puppet show is shot at Chicago’s WTTW-Channel 11.

“Every part of it seems to be infused with joy and heart and humor,” says Adam Rudman, who co-created and co-produced the show with his brother, David. “And I think that’s something that Fred Rogers would appreciate.”

The whimsical series for children ages 3-5 starts airing Monday. It can be seen at 10 a.m and 1:30 p.m. weekdays on WTTW-Channel 11 and films at the Chicago station’s North Park studios.

Main character Donkey Hodie is an enthusiastic yellow donkey with a bright magenta mane. She’s the granddaughter of the donkey puppet Rogers created back when TV shows were in black and white.

“This is a show about a little donkey with big dreams. It’s about persistence, it’s about resilience and it’s about frustration and things going wrong,” says Ellen Doherty, chief creative officer of Fred Rogers Productions.

During each 15-minute episode, Donkey Hodie learns lessons, like why following a recipe step-by-step makes sense and the importance of making a plan before tackling a big project.

She’s helped by a colorful gang of friends — Purple Panda, Bob Dog and Duck Duck, each of whom brings something to the table.

If Donkey is the one who comes up with an idea, Panda is the supportive friend, telling her she can do it. Bob Dog is the enthusiastic helper and Duck Duck is the practical pal, asking how they’re going to succeed.