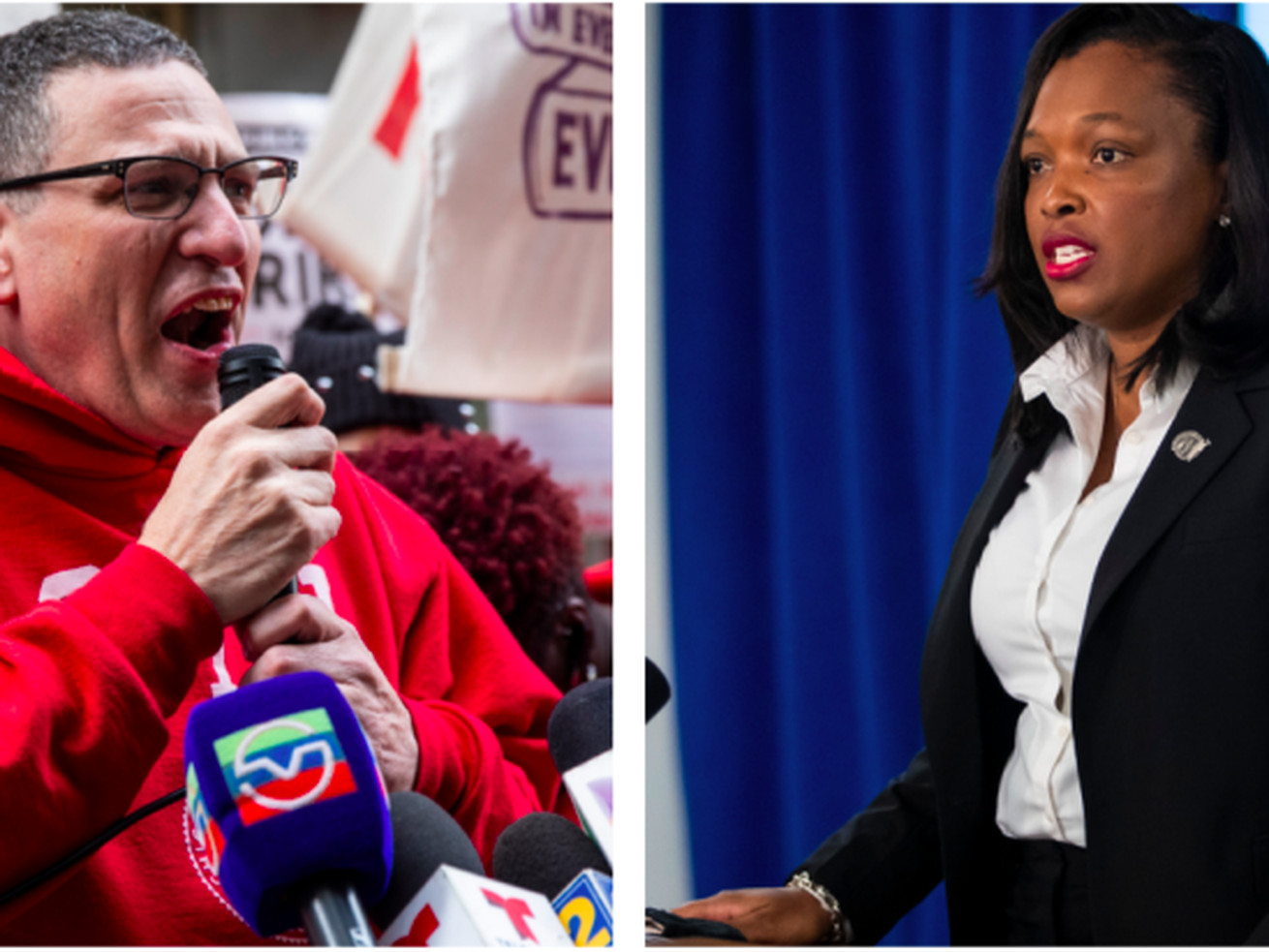 Janice Jackson, who announced her resignation Monday, said the district’s constant battles with the Chicago Teachers Union contributed to her decision to leave the district.

Unshackled by her decision to call it quits, Chicago Public Schools CEO Janice Jackson let loose on Monday about the “ugly politics” that have consumed the district’s relationship with the Chicago Teachers Union and made her job more difficult while complicating the search for her replacement.

At a City Hall news conference that marked her declaration of independence, Jackson openly acknowledged that she had grown weary of having to do battle with the CTU at virtually every turn.

Those tensions triggered the 2019 teachers strike that saw Mayor Lori Lightfoot talk tough but cave in to most of the union’s demands and nearly led to a second strike earlier this year when it came time to reopen schools after a year of remote learning triggered by the pandemic.

“Right now, the politics in education are ugly,” Jackson said. “I think they’re misplaced and they should not get the coverage that they get. I’m making a distinction between what you sometimes hear from CTU leadership and what average rank-and file-teachers want every day.

“All of the issues that they care about I completely agree with,” said Jackson, who said she had a good working relationship in private with union president Jesse Sharkey. that didn’t carry over publicly. “ … The tactics that are used, I don’t agree with. And I do think that they make it difficult for good people to do these jobs.”

CTU spokeswoman Chris Geovanis responded to the departing shot from Jackson in a text message to the Sun-Times.

“When the mayor, a politician, is …read more

When will we know the result of the London Mayoral and local elections?