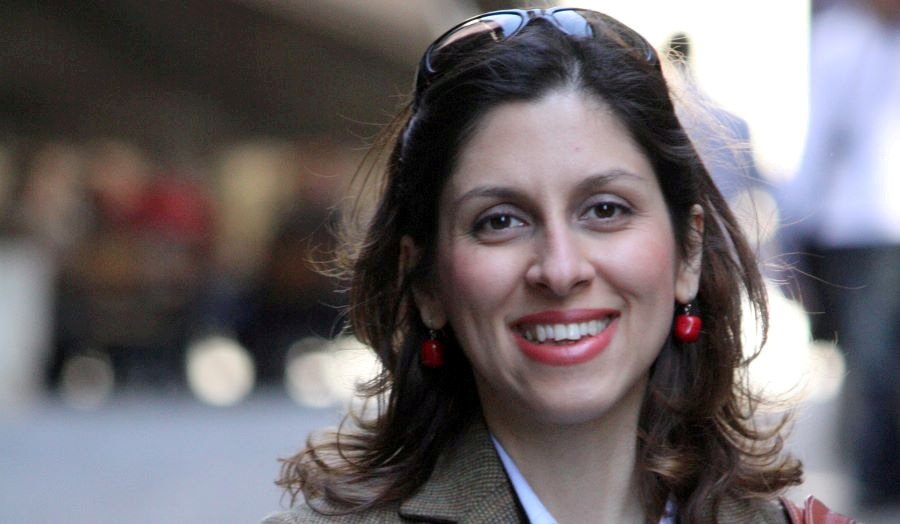 Claims the UK is ready to pay a £400 million debt to secure Nazanin Zaghari-Ratcliffe’s release are ‘not yet accurate’, according to the Foreign Secretary.

Iranian state TV claimed on Sunday a deal had been struck over the long-running dispute, which has been suggested as a reason for the 42-year-old British-Iranian charity worker’s detention.

Foreign Secretary Dominic Raab said reports Britain would pay the money were ‘not yet accurate’.

He told a Downing Street press conference on Monday: ‘It’s incumbent on Iran unconditionally to release those who are held arbitrarily and, in our view, unlawfully, and the reports I’m afraid are not yet accurate in terms of the suggestion of her imminent release.’

‘We of course make sure that we do everything we can to look after the interests of Nazanin and all the very difficult dual national cases we have in Tehran,’ he told reporters during a campaign visit to Hartlepool.

Mrs Zaghari-Ratcliffe’s husband Richard Ratcliffe said on Sunday the family had not been updated, but welcomed the signals from Tehran as ‘a good sign’.

Corn prices are soaring, so Americans should expect to pay more this summer for tortillas, other corn products

Britain refused to deliver the tanks to the new Islamic Republic when the shah was toppled in 1979, but kept the cash despite British courts accepting it should be repaid.

Amazon Sidewalk has set a mid-June launch for its Tile partnership, following’s Apple’s announcement of its AirTag competitor