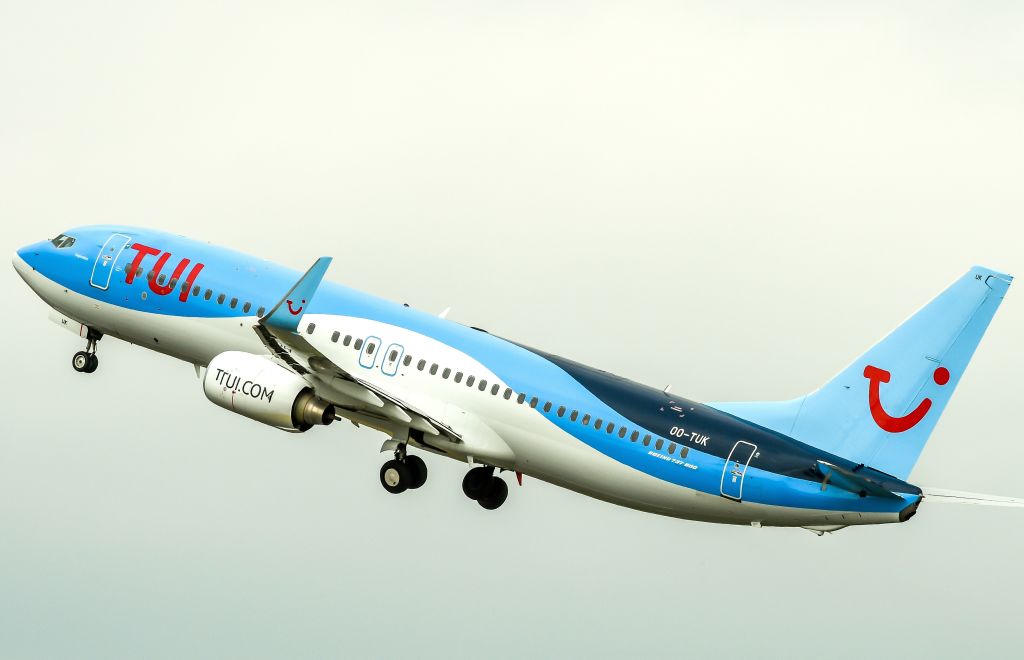 An IT glitch meant a computer mixed up women and children (Picture: Getty Images)

A TUI flight took off more than a tonne over its stated weight after a computer mixed up women and children.

The IT glitch meant 38 passengers using the title ‘Miss’ were classified as children, with an estimated weight of 35kg (77lb) each instead of 69kg.

The departure from Birmingham Airport to the Spanish island of Majorca was described as a ‘serious incident’ by the Air Accidents Investigation Branch.

The error on the July 21 flight last year was a result of an update to the airline’s reservation system while its planes were grounded due to the coronavirus pandemic, the AAIB found.

This caused the load sheet — produced for the captain to calculate what inputs are needed for take-off — to state that the Boeing 737 was more than 1,200kg lighter than it actually was.

Investigators described the mistake as ‘a simple flaw’ in an IT system. It was programmed in an unnamed foreign country where the title ‘Miss’ is used for a child and ‘Ms’ for an adult female.

The error on the July 21 flight last year was described as a ‘serious incident’ by the Air Accidents Investigation Branch (Picture: Getty Images / iStockPhoto)

Despite the issue, the thrust used for the flight was only ‘marginally less’ than it should have been and the ‘safe operation of the aircraft was not compromised’, the AAIB said.

The same fault caused two other TUI flights to take off from the UK with inaccurate load sheets later that day.

The system was adapted when the problem was first spotted 11 days earlier, but this did not correct the weight entries on July 21.

Americans have saved $1.6 trillion since the pandemic started and it poses little inflation risk, the Fed says

Company that got $295M in Chicago city business lied to get deals, City Hall says