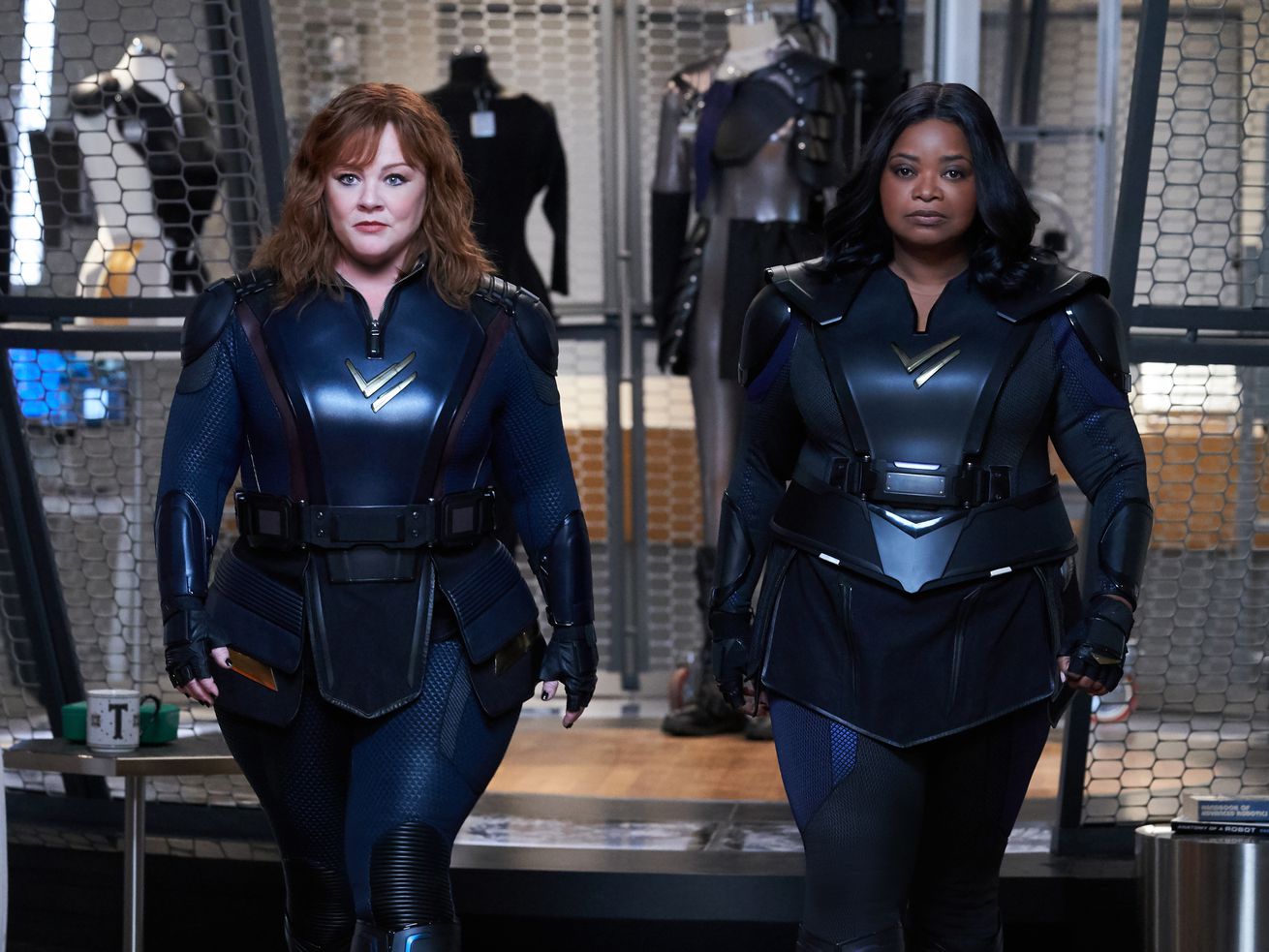 The transformed Melissa McCarthy and Octavia Spencer are no match for lazy, gross-out jokes and mediocre action sequences.

It’s always a shame when a group of talented humans get together and deliver something that comes across as a halfhearted effort, even if they poured their blood, sweat and tears into it. Such is the case with the alleged action-comedy titled “Thunder Force,” and I’ll start with this:

During one of the many lulls in the plot, co-stars Octavia Spencer and Melissa McCarthy get into a discussion about Glenn Frey and in particular his song “Smuggler’s Blues,” eventually singing along with the tune. Later in the story, they hear “Kiss From a Rose” by Seal, and they sing along with THAT pop hit.

(We also get a dopey fantasy dance sequence set to “You Belong to the City.” Writer-director Ben Falcone — McCarthy’s husband — must really be a fan of Glenn Frey songs that were used on the old “Miami Vice” TV show.)

The pop culture nods and the Chicago-centric references fly in “Thunder Force.” McCarthy does an Urkel impersonation and calls one overly serious female executive “Jodie Foster,” and there are numerous shoutouts to the Bulls and the Bears, and even “The Super Bowl Shuffle” and Jim McMahon’s sunglasses. (A cop also refers to a crime on “Grand Street” instead of “Grand …read more

After a vicious year of bankruptcies, some retailers are still at risk. 13 companies, including Rite Aid, Belk, and Neiman Marcus, could be the next to default.

The 14 coolest features of the 2024 GMC Hummer EV SUV, from a removable roof to 4-wheel steering (GM)