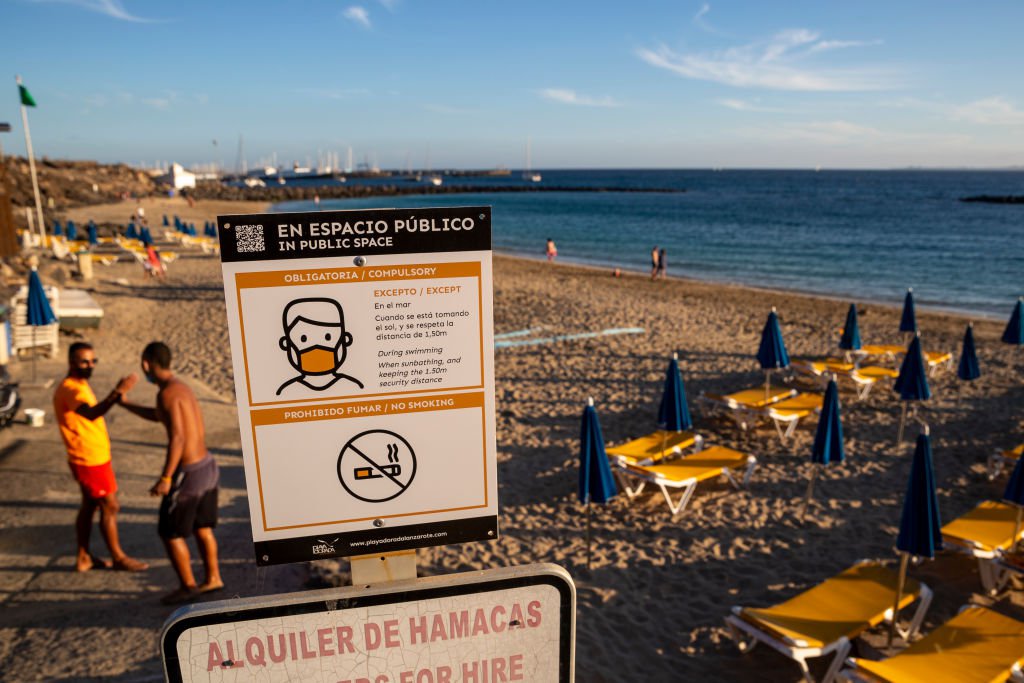 British tourists visiting Spain this summer will no longer be required to wear a face mask while sunbathing or swimming.

Health chiefs have now abandoned strict plans demanding people wear face coverings while they are on the beach, swimming in an outdoor or covered pool, or in the sea.

But holidaymakers must wear a mask when they are walking to the beach or using communal facilities.

They are also required in outdoor restaurants, cafes or bars – except when customers are eating or drinking.

Authorities released a statement confirming face coverings will not be mandatory while sunbathing or swimming but urged people to be ‘careful’, the Telegraph reports.

Masks can be removed on the beach when a person ‘remains in a specific place’ and ‘respects a minimum distance of 1.5 metres from non-household members’.

The ‘draconian’ rules, first announced on March 30, were revised amid widespread criticism as tourism bosses feared people would travel elsewhere this summer.

José Luis Zoreda, vice-president of Exceltur, an organisation that represents Spain’s tourism industry, told newspaper El País at the time: ‘We’re going through hell with thousands of jobs and businesses threatened and now they want to turn the beaches into open-air field hospitals.’

Holidaymakers also apparently complained sunbathing with a mask would leave them with ‘two-tone faces’.

The decision has sparked some fears of a potential spike in coronavirus cases.

But many also …read more

The surprising ways 3 women secretly fought the Nazis in Poland