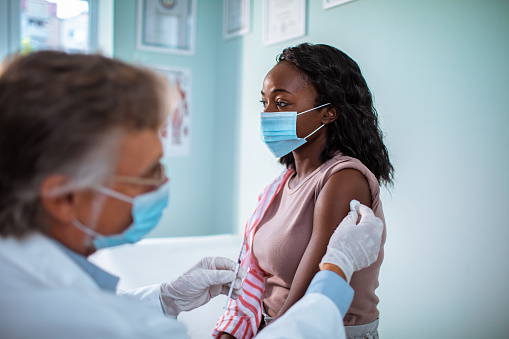 The risk of an extreme side effect is very low (Picture: Getty)

Under-30s in the UK are going to be offered an alternative to the AstraZeneca jab, as concerns around the risk of blood clots are raised in Europe.

While many have pointed out that the chances of extreme side effects are very low, it’s expected that the NHS will now administer more doses of the Pfizer vaccine.

To date, 31 million people have received their first vaccine dose in the UK. The vast majority of these have experienced no side effects at all, with some have reported flu-like symptoms afterwards.

As the benefits of being vaccinated – for both personal and community health – outweigh the tiny risk, many are now preparing for their second dose.

So, are there any side effects after the second dose of the vaccine, and what can people do if they are nervous about getting it?

Second Covid vaccine and possible side effects – all we know

Around one in 10 people will encounter side effects after the second dose of the vaccine, but, in most cases, it’s not something to be worried about.

Side effects are common, but they aren’t something to worry about (Picture: AFP)

The government’s Medicines and Healthcare products Regulatory Agency (MHRA) has released data on the likelihood of side effects after both doses of the vaccine.

Trials have shown that younger people are more likely to have side effects than older people, although it’s not unusual at any age.

Experiencing mild side effects after both the Pfizer and AstraZeneca vaccines is normal. These may include the below:

While these can occur after receiving either dose (or both), some experts – and CDC guidance – …read more

Owner of downstate ‘super-spreader’ bar says he followed the law: ‘You can’t make them wear masks’