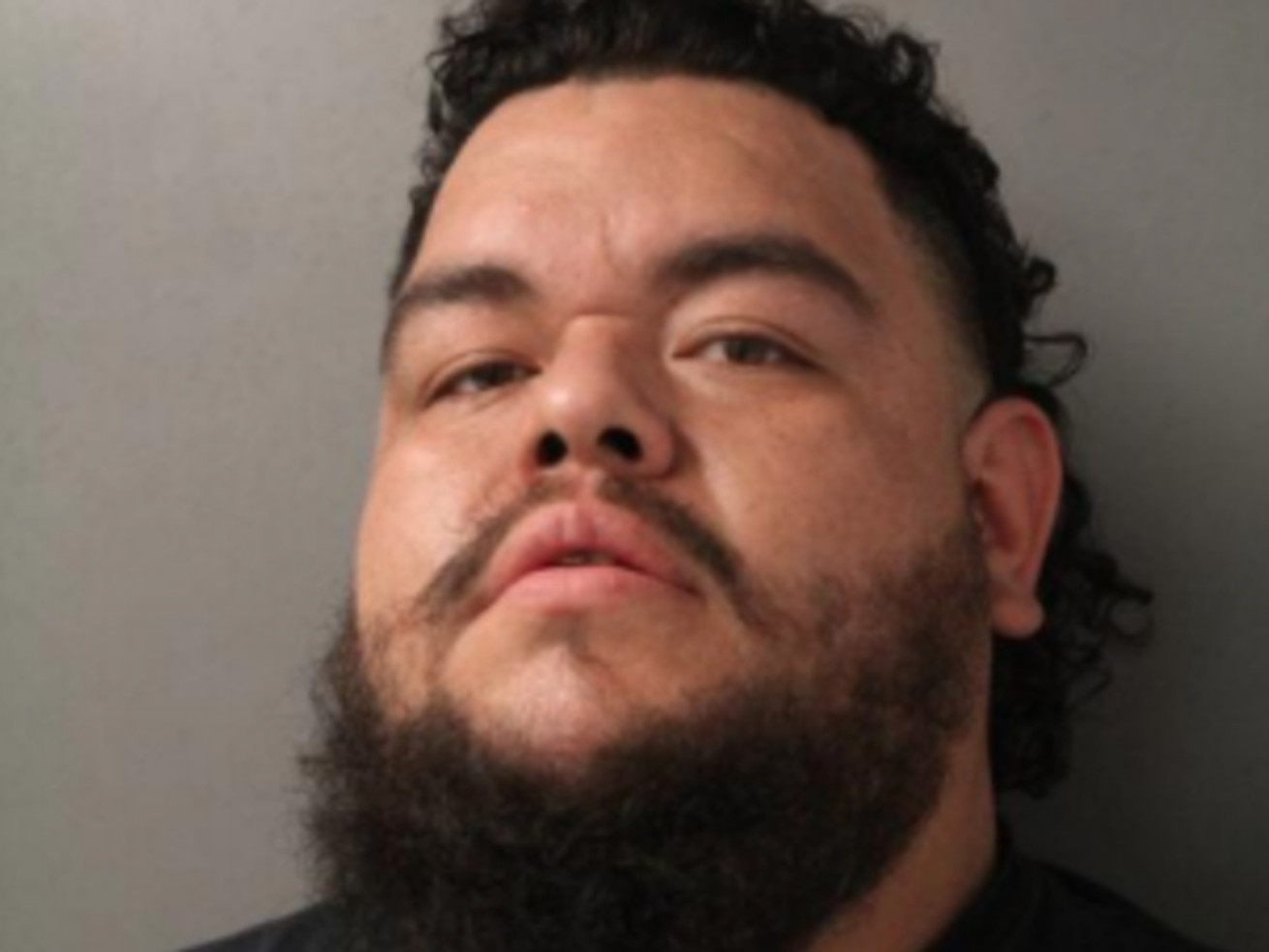 Edgar J. Delatorre was charged with a misdemeanor count of battery in connection with a fight at a suburban rally late last month. | Schaumburg police

Proud Boy Edgar J. Delatorre — who uses the pseudonyms Edgar Gonzalez and Remy Del Toro — was arrested Tuesday after being caught on video pummeling a protester at a suburban rally he helped organize against President Joe Biden.

A Proud Boy who was present for the riot at the U.S. Capitol and has teased a run for the Illinois Senate was arrested Tuesday after being caught on video pummeling a protester at a rally against President Joe Biden.

Edgar J. Delatorre, 33, of Chicago, was charged with a misdemeanor count of battery in connection with the March 27 altercation in Schaumburg, police in the northwest suburb announced Wednesday. The fight came just two days after the Sun-Times reported that he planned to challenge state Sen. Antonio Munoz, D-1st, in next year’s election.

Delatorre initially identified himself to the Sun-Times as Edgar Gonzalez. But Delatorre has also used the pseudonym Remy Del Toro on social media and in a recent campaign flyer.

Police said officers monitoring the rally intervened when they saw three people “involved in a physical altercation” near the intersection of Meacham and Golf roads, police said.

Christian B. Carlsen, 44, of Streamwood, was then arrested and hit with the same charge as Delatorre, police said. After further investigation, Delatorre was also taken into custody. Both men have posted bail and been released.

Video of the dustup — posted online by a reporter from a far-right website — shows Delatorre attacking Carlsen as a woman on the ground attempts to regain her footing. After Delatorre lands a series of blows, Carlsen is seen shoving the woman before Delatorre wrestles him …read more

What is Vaisakhi, how is it celebrated and Happy Vaisakhi messages