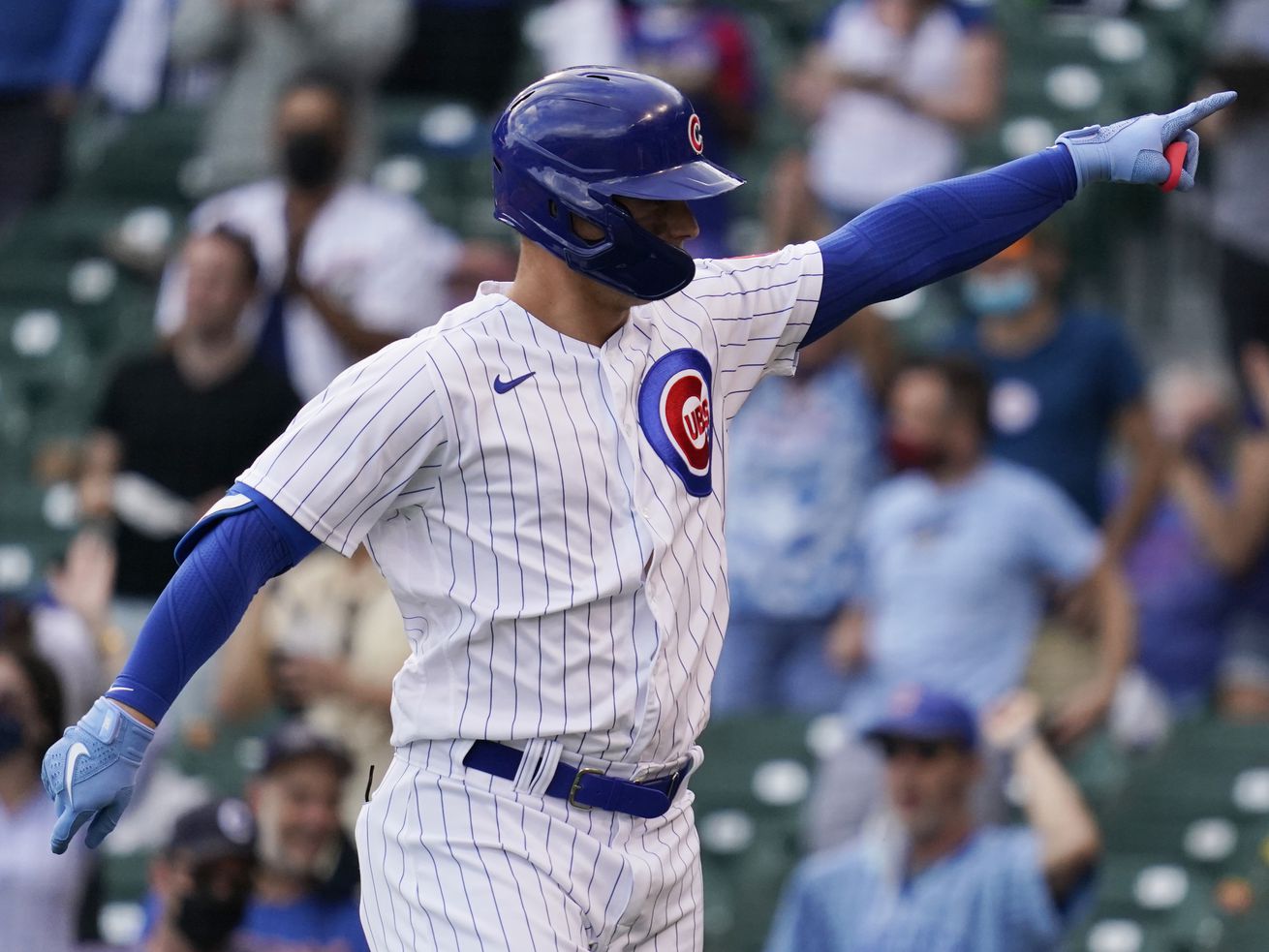 Joc Pederson points to the Cubs dugout in celebration after hitting a solo home run in the eighth inning in the Cubs’ 4-2, 10-inning loss to the Brewers on Wednesday at Wrigley Field. | Nam Y. Huh/AP Photos

Pederson’s homer — his first hit after going 0-for-15 — gave the Cubs a boost, but they still finished with just three hits in a 4-2, 10-inning loss to the Brewers at Wrigley Field. “I think everyone feels a lot of pressure.”

Like every other hitter in a struggling Cubs lineup, newcomer Joc Pederson tells himself it’s early, there’s no reason to panic — just keep grinding and eventually his stroke will come.

But in his eighth season in the big leagues, that’s still easier said than done.

“I think everyone feels a lot of pressure,” Pederson said after the Cubs were held to three hits in a 4-2, 10-inning loss to the Brewers on Wednesday at Wrigley Field. “Speaking for myself, it’s a lot. You come to a new place, a lot of fans. I just had a really good spring. I had a high expectation for myself and I’m assuming they do as well. And you’re not getting the job done in situations where you can audit just kind of adds up.”

Pederson’s predicament exemplifies the lineup-wide hitting slump that marked the opening homestand of the 2021 season. He was the Cubs’ hottest hitter in spring training — a .387 batting average (17-for-45) with eight home runs and 19 RBIs. But everything changed once the bell rang.

In previous years, Pederson got his first hit of the season early — the second at-bat as a rookie in 2014; then the third, third, second, seventh, first and second at-bats of the season the following six years with the Dodgers. With the pressure …read more

Inside Larry Ellison’s new $80 million Palm Beach mansion, which sits in a high-security gated community and has 520 feet of ocean frontage