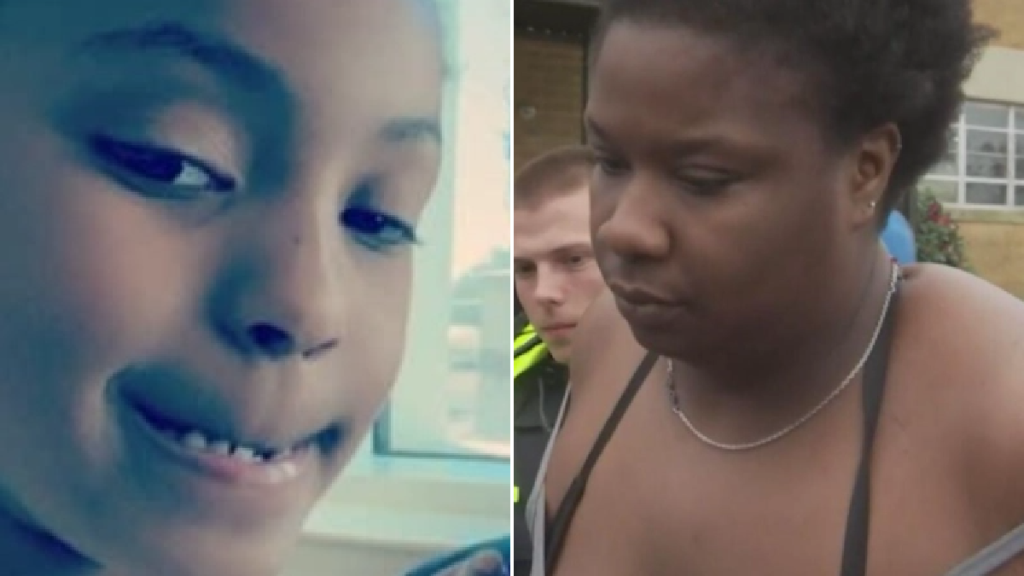 Zendaya Ellis, left, was shot in the neck after Tronisha Ellis, right saw a spider – and allegedly began shooting at it (Pictures: GoFundMe/Fox10)

A woman fired a gun at a spider after seeing it inside her home, but one of the bullets struck a five year-old girl in the neck, police say. Tronisha Ellis, 29, appeared in court Thursday, a month after the shooting in Mobile, Alabama, said to have begun when she spotted a spider inside her home.

That prompted Ellis to dig out a handgun and start blasting bullets at the arachnid. It is unclear if she managed to shoot the spider – but Ellis is said to have hit Zendaya Cook, 5, in the neck instead. Zendaya was rushed to hospital, but has since been released, and is expected to make a full recovery.

A GoFundMe set up by Zendaya’s mother Kaneesha Cook says the little girl is suffering from post traumatic stress disorder.

Kaneesha wrote: ‘All 3 of my kids are suffering from this tragic accident. My kids are scared to be in the home. They don’t feel its safe anymore. We are asking for help so we can get our kids in a comfortable environment to get through this very sad situation.

Ellis has now been charged with attempted murder over last month’s shooting, and is being held in jail ahead of her next court appearance (Picture: WKRG)

‘My baby girl suffers from PTSD now she only has said a few words since this all took place we are scared for their safety.’

Ellis, whose relationship to her alleged victim is unclear, was living at the home with Zendaya, as well as the youngster’s brother and father when the shooting happened.

9 pieces of advice I'd give to my younger self, according to a neuroscientist and business professor

They were home when the shooting began, but did …read more

World’s largest gallstone is removed from elephant by 20 vets

Plaid just raised $425 million at a $13.4 billion valuation, bringing on new investors Altimeter, Silver Lake, and Ribbit as it eyes an eventual IPO