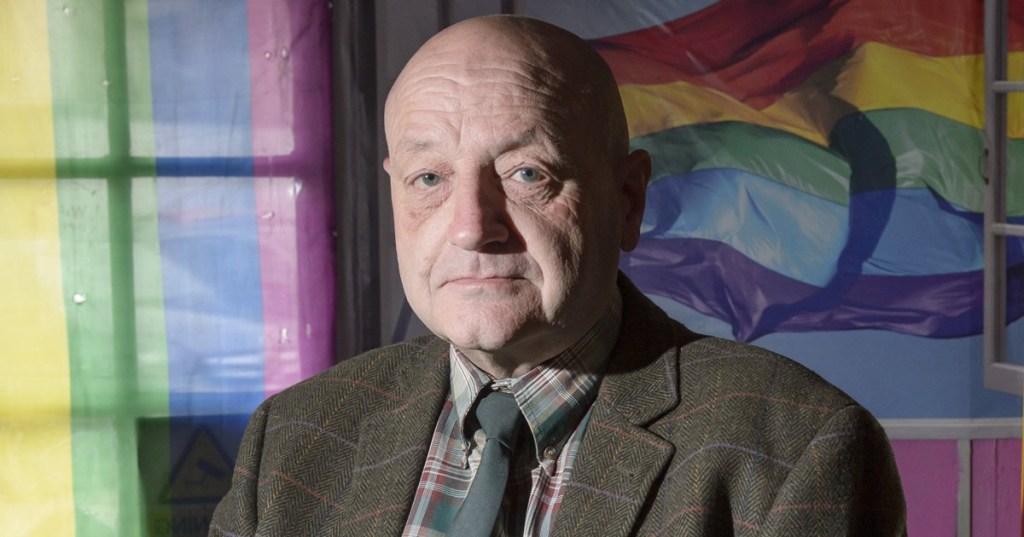 Vince McMahan was beaten in his own home after he came out as gay (Picture: SWNS)

A former councillor and magistrate was savagely attacked in his own home after he opened up about his sexuality.

Vince McMahan had a fire-poker forced down his throat and was beaten over the head in a vicious homophobic assault in March 2019.

Just before the attack, the former Canterbury city councillor had come out as gay in the local press after 25 years of keeping it a secret.

He’d told The Kentish Gazette how having a heart attack at a gay bar made him realise he ‘couldn’t live a lie anymore’ in June 2018.

But after reading the article, Stuart Holland, a carpenter who had done work for Mr McMahan, decided to go round to his employer’s house in Canterbury, Kent with his partner Joanna Bath.

They were invited in but then Holland, 45, attacked Mr McMahan, with a fire-poker, while Bath, 46, drew a cosh from her handbag and cracked Mr McMahan over the head with it.

Mr McMahan, a father-of-three, told police the assault left him afraid to leave his home and he died of unrelated causes 18 months later in 2020.

Speaking after the attack, he told officers: ‘I am shaken by this incident because I wouldn’t expect to be attacked in my own home.

‘I’m also upset about being targeted and attacked because of my sexuality.

‘This incident has made me very wary to leave my address in case I bump into [the pair] in the street.’

Taco Bell is opening a futuristic restaurant in one of Times Square's oldest buildings. It's filled with food lockers and digital kiosks: take a look inside.

The couple plead guilty to causing actual bodily harm and theft but denied the attack was motivated by Mr McMahan’s sexuality – instead saying it was about unresolved payments.