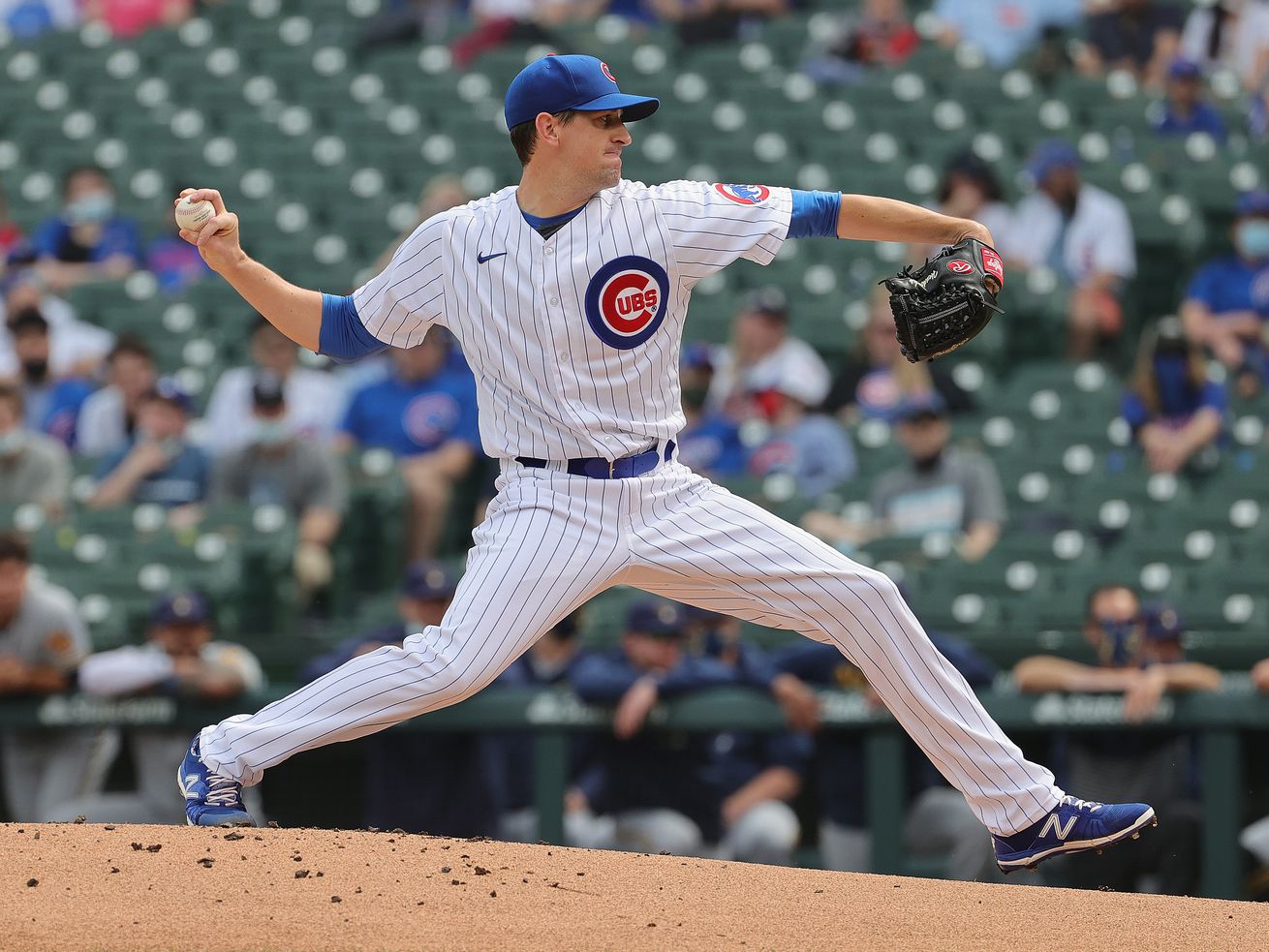 After a shaky outing in the season opener, the Cubs’ right-hander was masterful against the Brewers — allowing four hits, walking one and striking out six in six shutout innings. “That was a better version of Kyle for sure,” manager David Ross said.

Kyle Hendricks is back. As expected, it didn’t take long.

After an uncharacteristic performance in the season-opener, Hendricks returned to form against the Brewers at Wrigley Field on Wednesday. The veteran right-hander allowed four hits and one walk with six strikeouts in six shutout innings.

Against the Pirates on April 1, Hendricks had allowed three runs on four hits and three walks in three shaky innings. Just better rhythm and timing.

“It felt a lot better, from the first pitch,” Hendricks said. “I was working over the ball better. I was in my lanes better. Fast ball command from the jump was way better than the last start. Definitely on the right track. Just got to keep working on those things and get it to be ingrained in me and not be working so hard.”

Cubs manager David Ross said he was impressed by the entire staff during the opening homestand. But Hendricks’ performance stood out.

“Executing pitches in and out. Good depth to the change-up. The fast ball command was much better — [he was] ahead of hitters a lot more. That was a better version of Kyle for sure.”

Brewers outfielder Christian Yelich had a single and double against Hendricks, both on pitches away. Yelich was batting .194 (6-for-31) in his career against Hendricks coming into the game.

“He had a good approach today,” …read more

I got a tour of Citi’s new wealth hub in Singapore for high-net-worth clients, a 30,000-square-foot space with ‘garden pods’ for meetings. Look inside.