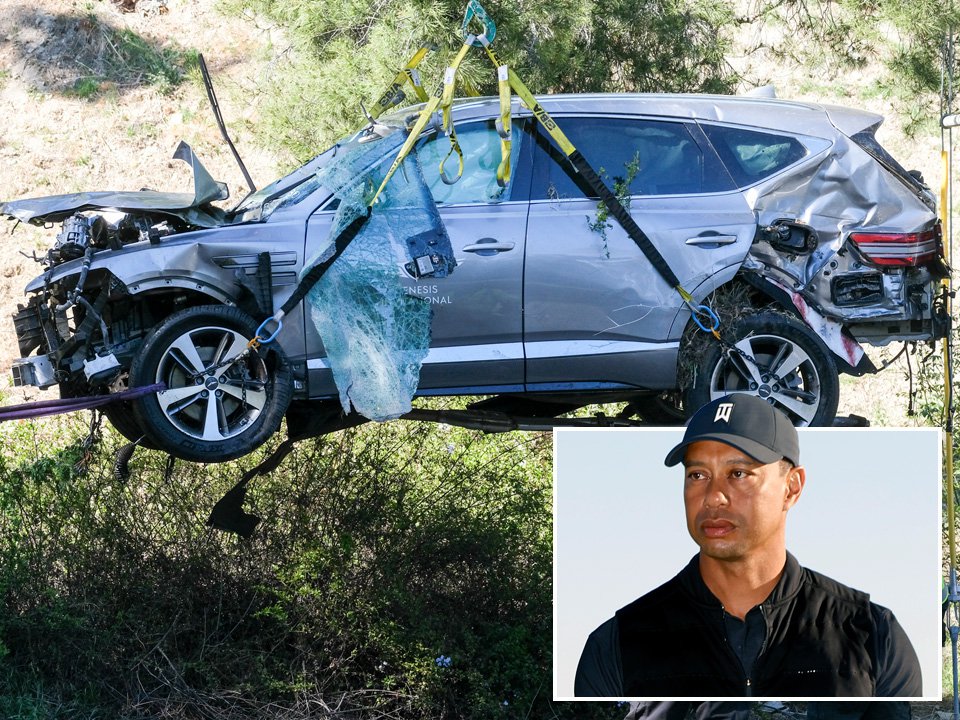 Tiger Woods was speeding up to 87 miles per hour when he crashed on February 23 (Pictures: AP)

Tiger Woods was speeding at up to 87 miles per hour when he crashed and seriously injured himself, authorities revealed.

Woods was driving between 84 and 87 miles per hour and struck a tree at 75 miles per hour, Los Angeles County Sheriff Alex Villanueva said in a press conference on Wednesday morning.

The crash ‘causal factor was driving at a speed unsafe for the road conditions and an inability to control the curve’ of the roadway, Villanueva said a month-and-a-half after the accident.

Woods was driving in a 45 mile-per-hour zone in Rolling Hills Estates near Los Angeles when he crashed, according to TMZ.

The golf star’s crash cause was disclosed six days after law enforcement officials announced that the reason had been determined, but that it could not be shared.

‘We have all the contents of the black box (data recorder), we’ve got everything’, Villanueva said in a news conference last Thursday. ‘It’s completed, signed, sealed, and delivered. However, we can’t release it without the permission of the people involved in the collision’.

Woods subsequently waived his privacy right and authorized the accident report to be publicly released.

Breaking story, check back for updates…

Bulls coach Billy Donovan has finally settled on his rotations