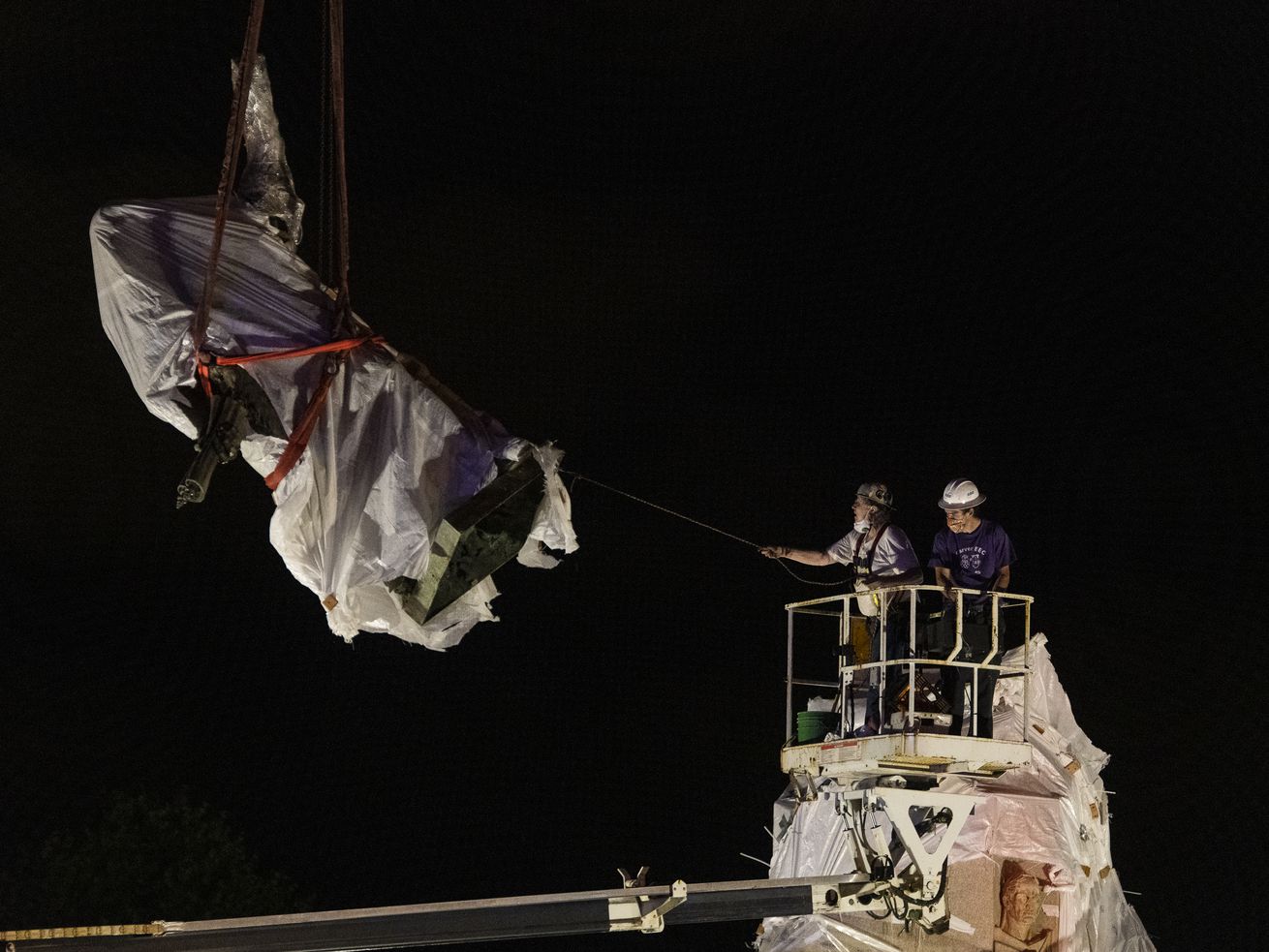 During recent meetings, members of the public have been most vocal about the potential removal of statues of Christopher Columbus, as well as monuments to the Italian fascist leader Italo Balbo and former U.S. presidents.

The leader of a city commission charged with reviewing dozens of problematic monuments reported Wednesday that many Chicagoans who have commented on the process contended that removing monuments and statues would be “akin to erasing history.”

The comments came during a meeting of the Chicago Monuments Project’s advisory committee, which was convened following Mayor Lori Lightfoot’s controversial decision to temporarily remove two statues of Christopher Columbus after they became focal points of demonstrations over police brutality and racial injustice last summer.

Erin Harkey, the first deputy commissioner of the city’s Department of Cultural Affairs and Special Events who is heading the committee, further explained that members of the public have been most vocal about those two statues, as well as monuments to the Italian fascist leader Italo Balbo and former U.S. presidents.

The 41 monuments that are currently under review were picked for a variety of reasons, like promoting narratives of white supremacy, presenting inaccurate or demeaning representations of Native Americans and memorializing those “with connections to racist acts, slavery, and genocide.”

Throughout the meeting, committee members insisted that the process of reviewing the city’s monument is important for addressing the past and creating a sense of healing. Bonnie McDonald, the CEO and president of Landmarks Illinois and a co-chair of the committee, said the project aims to “tell the truth” about the impacts of systemic racism and segregation and to offer an inclusive history of the city that elevates the native community.

“Many of our monuments are telling a perpetual, harmful and untrue narrative about the history, and also that these are offensive to many people who live …read more