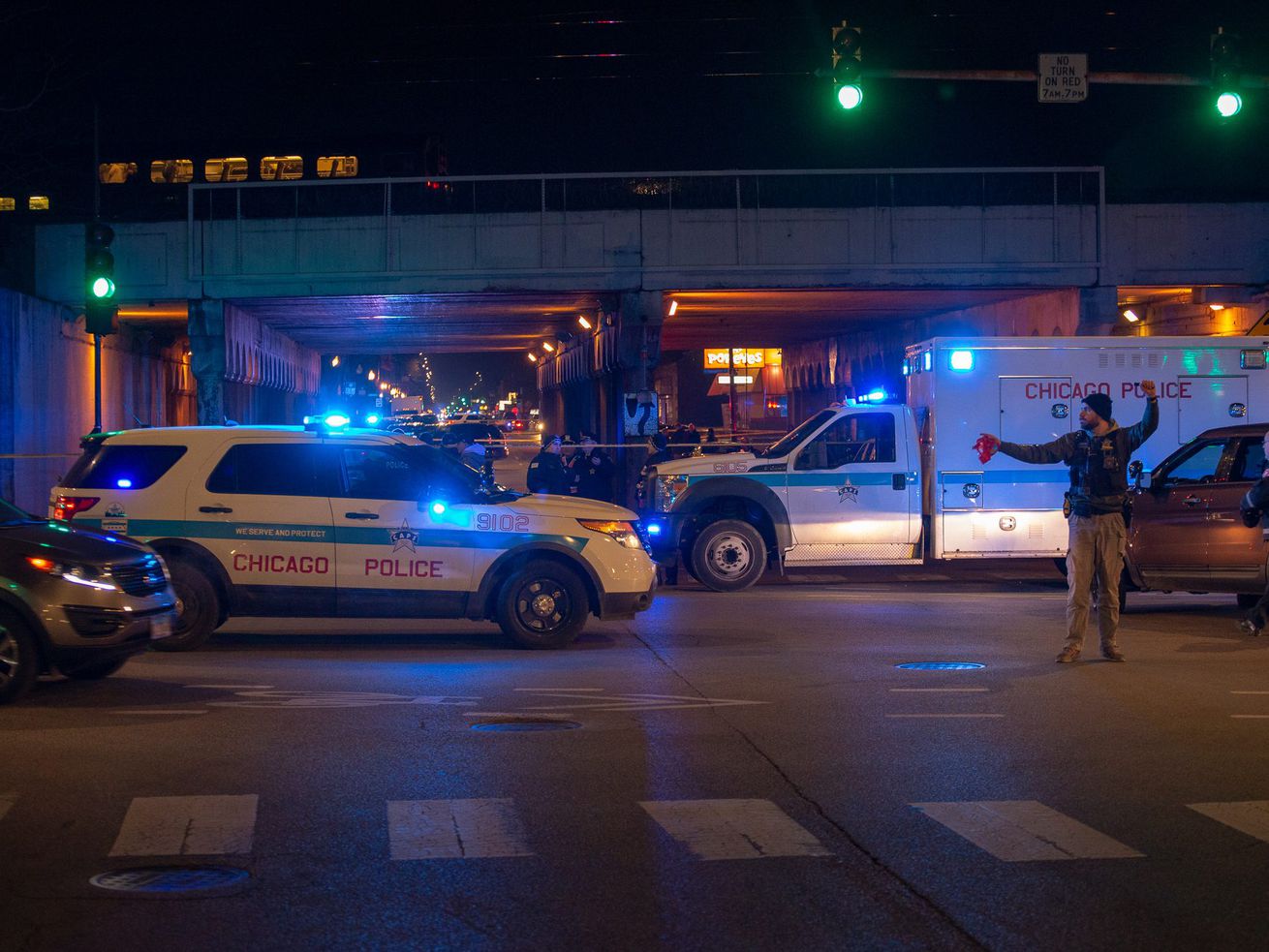 Authorities investigate where two officers were fatally struck by a commuter train in December 2018 while responding to a call of gunfire. | Sun-Times file photo

Edward Brown pleaded guilty to a count of aggravated unlawful use of a weapon Wednesday.

A man who test-fired a gun he found on a Far South Side railroad line — leading two responding Chicago police officers to be struck and killed by a commuter train — was sentenced to a year in prison Wednesday.

Edward Brown had found the gun in a fanny pack on Dec. 17, 2018 and decided to test it out on the South Shore Line tracks near the 600 block of East 101st Street, Cook County prosecutors said.

The officers radioed that they saw someone running on the tracks and then started chasing Brown, prosecutors said. During the chase, the officers were struck from behind by a South Shore Line train, killing them both.

On Wednesday, Judge Diana Kenworthy sentenced Brown, 26, to prison after he pleaded guilty to one count of aggravated unlawful use of a weapon, court records show.

In exchange for his plea, prosecutors agreed to drop four other gun-related charges against Brown.

Brown, a prep cook at a Boeing International Headquarters-based restaurant, found the gun in an alley near his home after the weapon’s owner dropped it while taking out the garbage.

Who rocked ‘The Block’ in HGTV series season finale?

Brown had taken the gun to the tracks — thinking it would be safer — to see if it worked, and …read more