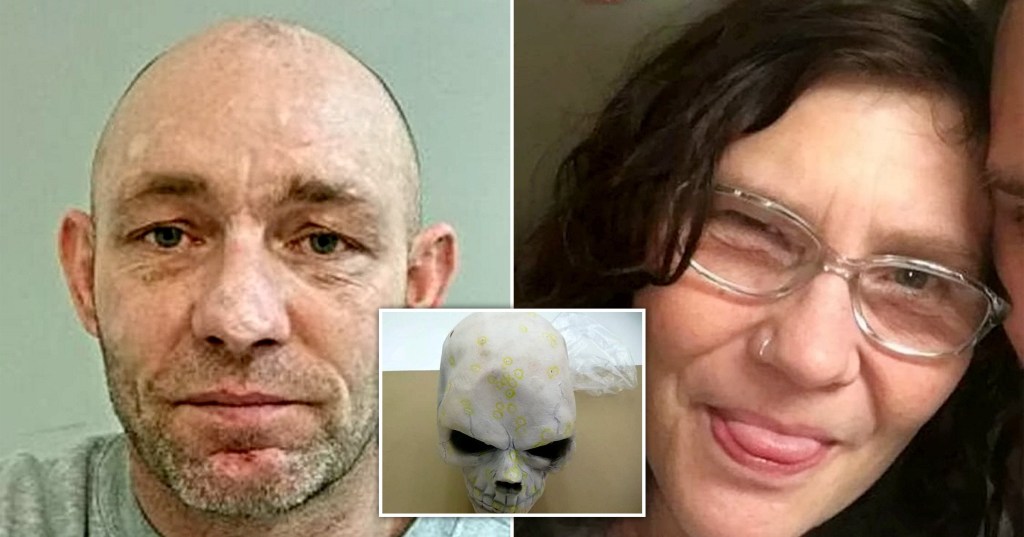 Alan Edwards was jailed for life for the murder of Susan Waring (Pictures: Lancashire Police/SWNS)

The family of a missing mother-of-five have begged her ‘evil’ killer to reveal where her body is so they can finally lay her to rest.

Alan Edwards, 48, was given a life sentence with a minimum term of 27 years for the murder of Susan Waring, 45, who disappeared at the end of January 2019.

During the sentencing hearing at Preston Crown Court Ms Waring’s brother, Peter, read out a victim impact statement as Edwards looked on emotionless from the dock.

He said: ‘One final request and that is for Alan Edwards to tell us where our beloved Susan is so we can lay her to rest and finally have some closure.’

Jurors were told Edwards preyed on the vulnerabilities of Ms Waring, who was blind in one eye, suffered poor health and had learning difficulties, during their brief two-month relationship.

The court heard he was constantly violent and abusive towards her, with her brother describing how Edwards ‘used her as a punchbag’.

Ms Waring was last seen shopping with Edwards in Darwen, Lancashire, on January 29.

But an examination of his mobile phone showed he was also visiting the hook-up website flirtymoms.com with ‘increasing regularity’.

Giving evidence, Edwards said he was ‘just browsing’ and it was ‘something to pass the time, waiting for Susan’.