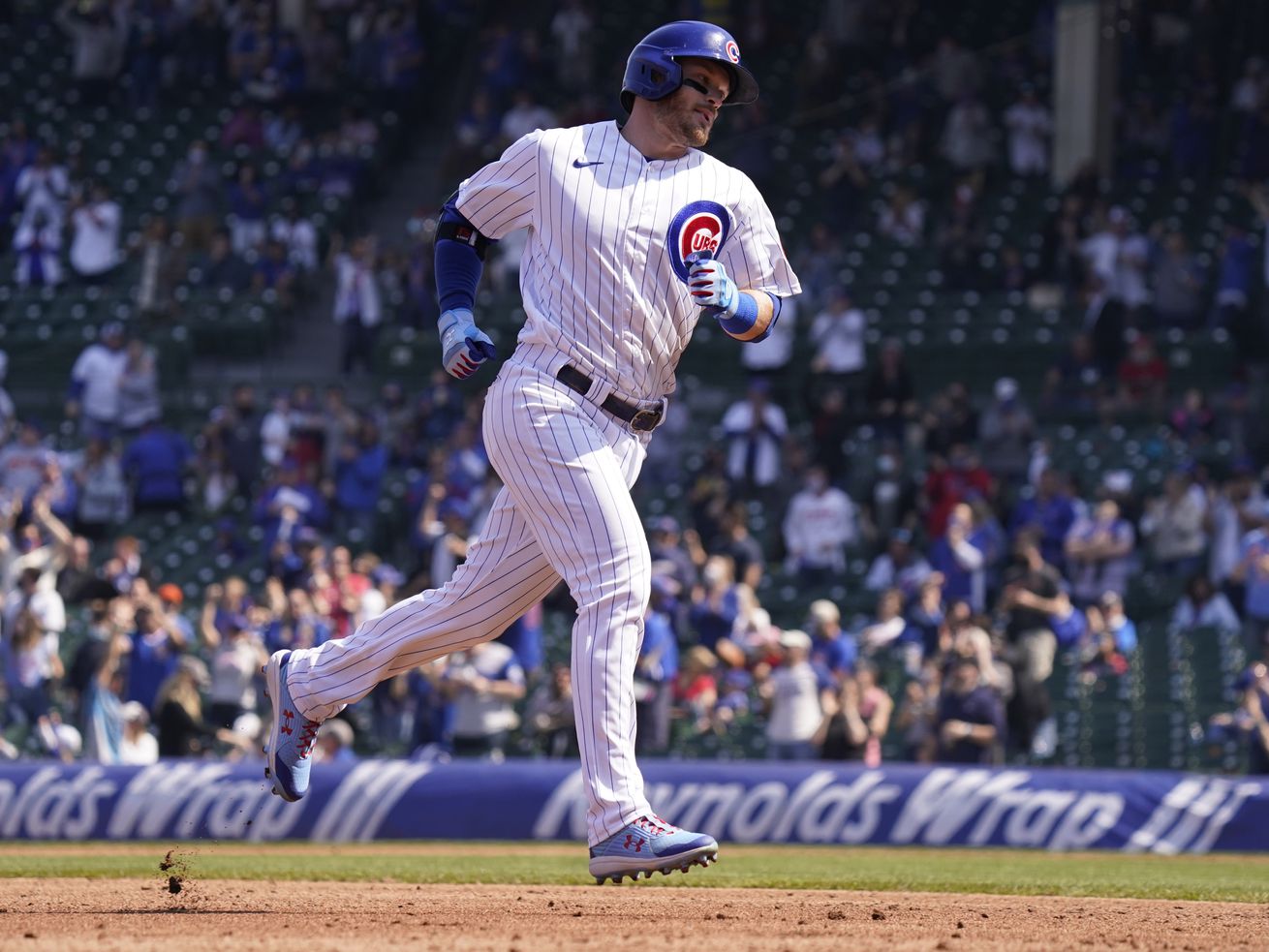 The Cubs drew 14 walks during their opening series against the Pirates, including seven in Sunday’s 4-3 win.

The Cubs’ offense will make teams work when they’re going right and after an Opening Day to forget on Thursday, the lineup began to look more like the one many expect them to be.

The lineup isn’t a finished product and with 159 games to go before season’s end, it’ll be a while before a real determination of what the offense looks like can be made.

But the Cubs showed offensive characteristics during Sunday’s 4-3 win and during their opening series against the Pirates that haven’t been around in some time.

“I think for the offense, it was nice to score some runs,” manager David Ross said. “We ran the bases really well. I think we played a really well rounded series, to be honest with you after that first day. … I thought we had good at-bats. I think this is the team that I would envision us being up to this point, for sure.

Over the last few seasons, one of the biggest knocks against the Cubs has been their reliance on home runs being such a major part of their run production. Home runs are important and successful teams usually hit the ball out of the ballpark.

However, being able to score runs without the long ball or when they’re coming less is still a skill of teams that make it to the postseason. The Cubs were able to do both during their first series victory of 2021.

The Cubs manufactured two runs in the first inning of Sunday’s 4-3 win after a pair of walks to Ian Happ and Anthony Rizzo. Kris Bryant lined a single to right to give the Cubs an early lead before Joc Pederson’s …read more

A college student hit a police officer over the head with his skateboard during the Capitol riot, says indictment

LinkedIn wants you to add stay-at-home parent to your résumé. But the move could backfire on moms.

Boeing’s infamous 737 Max plane has a new issue, and 16 airlines are being told to ground planes (BA)